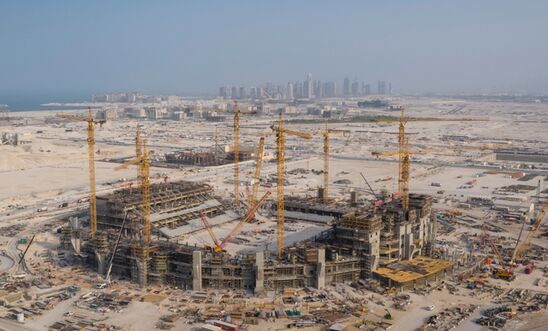 Migrant workers previously ‘at the mercy of abusive employers’

The Qatari authorities have taken a significant step towards protecting migrant workers by passing two laws which could strike at the heart of the abusive “kafala” system, but full implementation remains vital if the country aims to truly end labour exploitation, Amnesty International said.

Earlier today, the Emir of Qatar abolished restrictions on migrant workers being able to change jobs without their employer’s permission. A second legal change introduces a monthly minimum wage of 1,000 Qatari riyal - plus basic living allowances - for some workers. The reforms were first announced last October but were signed into law today.

The changes mean an end to the “no-objection certificate” which prevents migrant workers from changing jobs without the permission of their employer. Under the new law, workers will be able to leave their job by providing a one-month written notice if they have worked for the employer for less than two years, or a two month notice if they have worked for them for longer. The worker will not have to pay these costs, and the transfer request would be processed by the Ministry of Labour.

However, the reforms have not removed the ability of employers to file criminal “absconding” charges against workers who leave their job without permission. Employers will also remain responsible for renewing and cancelling their workers’ residence permits, thus retaining considerable power over their employees.

The second reform introduces a 1,000 Qatari riyal monthly minimum wage (£211), plus allowances of 300 Qatari riyal for food and 500 Qatari riyal for accommodation if these are not provided by the company. This wage applies to everyone, including domestic workers who have previously been excluded from reform measures. In 2019, the International Labour Organisation conducted a study to advise on setting a minimum wage. The study has not been made public, but media reports suggest it recommended a minimum wage of at least 1,250 Qatari riyal.

“For too long, laws that ban workers from changing jobs without their employer’s permission, along with widespread low pay, have left migrant workers in Qatar at the mercy of abusive employers.

“We welcome the enactment of these laws, and now call on the Qatari authorities to ensure they are swiftly and properly implemented.

“This is an encouraging sign that Qatar may finally be heading in the right direction, and we call on Qatar to go further with these reforms, including removing the charge of absconding, to make sure that the rights of all workers are fully protected.

“These reforms are a positive development, but the Qatari authorities have much more work to do to end the systematic abuse of migrant workers. With these new laws in place, we call on Qatar to implement strong inspection and complaints mechanisms to allow workers who have been victims of human rights abuses to swiftly access justice and remedy.”