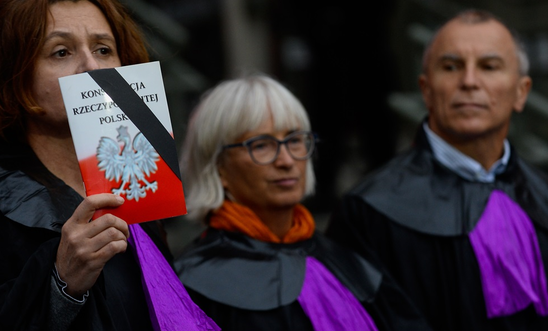 Judges from at least 14 European countries will march in Warsaw tomorrow (Saturday 11 January) in defence of the rule of law in Poland, as the Polish Senate considers a law which would significantly erode judicial independence.

Since 2015, the Polish Government has introduced a series of new legislative and policy measures that have already undermined the independence of the judiciary.

These include politicising judicial appointments, giving the Minister of Justice the exclusive power to dismiss and appoint presidents and vice-presidents of courts, and forcing Supreme Court judges to retire.

The Government has also introduced severe disciplinary proceedings, using them against judges who have spoken out against the ‘reforms’ and placing some of them at risk of losing their jobs.

The new law is currently being debated in the Polish Senate and will be voted on next week.

“This unprecedented display of solidarity with Polish judges is a response to the growing severity of the crisis facing the country’s judiciary.

“The changes would bring the remaining free elements of the Polish courts under the political control of the executive branch, spelling the end of the separation of powers in Poland.

“We stand in solidarity with all those who are marching in defence of human rights, the rule of law and the independence of Poland’s judiciary.”