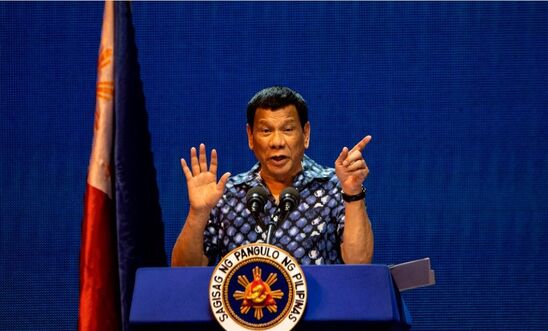 Under Rodrigo Duterte's presidency, thousands of people have been killed by the police © NOEL CELIS/AFP via Getty Images

‘They will not escape accountability’ - Agnès Callamard

Responding to the International Criminal Court’s announcement that it has opened an investigation into killings during the Philippine government’s deadly “war on drugs”, Agnès Callamard, Amnesty International’s Secretary General, said:

“Amnesty International welcomes the ICC pre-trial chamber’s decision to authorise an investigation into crimes against humanity committed during the horrific ‘war on drugs’.

“The ICC pre-trial chamber’s announcement sends a clear message to the perpetrators and architects of these crimes that they will not escape accountability. No-one is above the law.

“It is now crucial that the international community steps up. It must reinforce the ICC’s investigation and mandate a comprehensive, UN-led investigation into the deeply ominous human rights situation in the country.”

The International Criminal Court pre-trial chamber announced yesterday (15 September) that it has authorised the court’s Office of the Prosecutor to open an investigation into crimes against humanity including murders committed in the context of the deadly “war on drugs” under the administration of President Duterte and also those in Davao City by the alleged Davao Death Squad during 2011-16.

Over the past year, there has been an upsurge of human rights violations in the Philippines - including waves of killings, threats, arbitrary arrests and detention of activists and human rights defenders. Recently, two prominent lawyers were killed by unidentified men: Rex Fernandez, who was shot dead in Cebu City on 26 August, and Juan Macababbad, who was killed yesterday in South Cotabato.

Extrajudicial executions during ‘war on drugs’

Since the beginning of the Duterte administration in June 2016, thousands of people - mostly from poor and marginalised communities - have been killed by the police or by armed individuals suspected to have links to the police during the so-called “war on drugs”. Amnesty has published major investigations detailing ongoing extrajudicial executions and other human rights violations by police and their superiors. Amnesty has determined that the crimes reach the threshold of crimes against humanity.

Despite condemnation from the international community and local and international human rights groups, President Duterte continues to explicitly encourage police to kill and has promised them immunity. Rather than facing justice, implicated police chiefs have received promotions.

The Philippines government has the primary obligation to conduct genuine investigations into allegations of crimes against humanity, yet has repeatedly failed to do so. In response, Amnesty and other civil society groups have repeatedly expressed concerns over the UN Human Rights Council’s failure to address the situation and the dangerous message it sends.