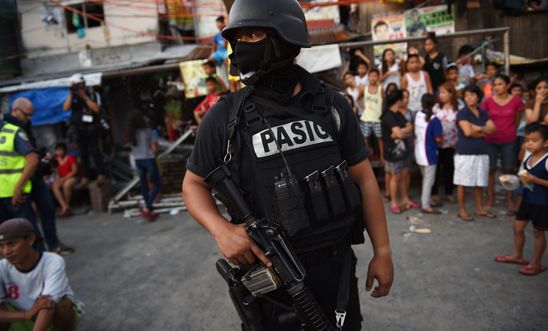 Following today’s suspension of more than a dozen police officers and the announcement of an internal investigation into revelations that 12 people were detained illegally in a cramped “secret jail cell” in Manila on drugs-related charges, Champa Patel, Amnesty International’s Director for Southeast Asia and the Pacific, said:

“This is an alarming reminder of the depth of the human rights crisis sparked by President Duterte’s ‘war on drugs’. Prison overcrowding and secret jails with a risk of torture are just part of the wider problem, which has left up to 9,000 people dead in extrajudicial executions by police and vigilantes doing their dirty work.

“If the authorities are serious about investigating this incident, they must ensure those involved face effective criminal investigations and prosecutions, not just a slap on the wrist and time off work. Investigations should go right up the chain of command.

“Crucially, nobody should be under any illusions that the same police force that allowed thousands of killings to happen under its nose can be trusted to investigate itself now. There must be independent oversight of this and all investigations and a thorough review of all violations and abuses by police in the ‘war on drugs’.

“In an interview yesterday, President Duterte told a reporter he thought it was ‘funny’ that Amnesty International was calling on his government to stop the killings. There is nothing funny about killing 9,000 people in cold blood in a climate of impunity.”

According to media reports, Metro Manila police chief Supt. Oscar Albayalde relieved 13 police staff from their posts pending an investigation into the discovery of the secret jail ‘cell’ behind a sliding bookcase in the capital’s Tondo police station.

A range of national and international human rights organisations have raised the alarm about thousands of killings and other serious abuses taking place amid President Duterte’s ‘war on drugs’.

In its January 2017 report ‘If you are poor you are killed’, Amnesty International detailed how the Philippines police have killed and paid others to kill thousands of alleged drug offenders in a wave of extrajudicial executions that may amount to crimes against humanity.

The detainees in Tondo police station have made deeply worrying allegations of torture. Amnesty International’s research has shown torture by police to be rife in the Philippines.