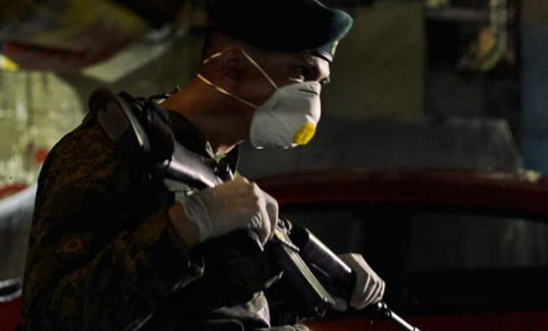 President Duterte has ordered police and military officials in the Philippines to shoot “troublemakers” protesting during the country’s coronavirus quarantine.

Amnesty International has reacted with alarm to the move.

“It is deeply alarming that President Duterte has extended a policy of shoot to kill, a devastating hallmark of his presidency, to law enforcement agencies in the community quarantine.

“Deadly, unchecked force should never be referred to as a method to respond to an emergency such as the COVID-19 pandemic.

“The abusive methods used to punish those accused of breaching quarantine, and the vast number of mass arrests that have been carried out to date against mainly poor people, are further examples of the oppressive approach the government is taking against many who are struggling with basic needs.

“We call on the president to immediately cease his dangerous incitement to violence against those who may be critical of the government during the COVID-19 pandemic.

“The lives of those most at risk must be considered a priority in the effort to minimise the threat of the virus.”

‘Instead of causing trouble, I’ll send you to the grave’

Yesterday, in a televised address President Duterte threatened those who may cause “trouble” during the imposition of quarantine measures because of the COVID 19 pandemic. Referring to his political opponents, but also seemingly others who may protest or question government measures, he openly gave orders to the police, military and local officials to shoot them dead, saying:

“I will not hesitate. My orders are to the police and military, also the barangay [administrative divisions], that if there is trouble or the situation arises that people fight and your lives are on the line, shoot them dead. Do you understand? Dead. Instead of causing trouble, I’ll send you to the grave.”

Based on the latest information from the Philippines National Police, more than 17,000 people in the country have already been arrested for violations related to coronavirus lockdown and curfew orders. Amnesty believes that because of the elevated risk of COVID-19 transmission in places of detention, using prison sentences to enforce quarantine restrictions in the name of safeguarding public health is counterproductive and disproportionate. Reports have also emerged of the inhuman punishments those breaching quarantine measures have been made to endure, including sitting for hours in the hot sun or being detained in dog cages.

Yesterday, residents of San Roque village in Quezon City gathered along a portion of a major highway in Metro Manila after hearing news that relief items were to be distributed. According to the Save San Roque Alliance group, when the distribution didn’t happen residents staged a protest demanding assistance from the local government. According to some reports, the police supposedly asked the residents to leave the area and arrested them when they refused to do so. However, residents told Amnesty that police violently dispersed protesters, beating them with wooden sticks. Victims reportedly included a man and his baby who was in the area to collect financial aid from his company.