Palestine: Dangerous escalation in attacks on freedom of expression 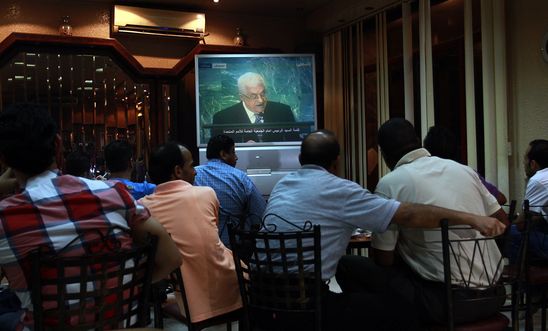 The Palestinian authorities in the West Bank and their rivals, the de facto Hamas administration in Gaza, have both launched a clampdown on dissent in recent months that has seen journalists from opposition media outlets interrogated and detained in a bid to exert pressure on their political opponents, Amnesty International said today.

In the West Bank, the Palestinian authorities have arrested six journalists in August so far, shut down 29 websites and introduced a controversial Electronic Crimes Law imposing tight controls on media freedom and banning online expression and dissent.

In the Gaza Strip, Hamas security forces have arrested at least two journalists since June and prevented others from freely carrying out their work. At least 12 Palestinians, including activists, were also detained by Hamas for critical comments posted on Facebook.

“The last few months have seen a sharp escalation in attacks by the Palestinian authorities in the West Bank and Hamas in Gaza, on journalists and the media in a bid to silence dissent. This is a chilling setback for freedom of expression in Palestine.

“By rounding up journalists and shutting down opposition websites the Palestinian authorities in the West Bank and the Gaza Strip appear to be using police state tactics to silence critical media and arbitrarily block people’s access to information.”

The Electronic Crimes Law, adopted by President Mahmoud Abbas in July, violates citizens’ rights to privacy and freedom of expression and blatantly flouts the State of Palestine’s obligations under international law.

Additionally, the law imposes heavy fines and permits the arbitrary detention of anyone critical of the Palestinian authorities online, including journalists and whistleblowers. It could also be used to target anyone for simply sharing or retweeting such news. Anyone who is deemed to have disturbed “public order”, “national unity” or “social peace” could be sentenced to imprisonment and up to 15 years hard labour.

“Instead of presiding over a chilling campaign designed to silence dissent, intimidate journalists and breach the privacy of individuals, the Palestinian authorities must stop arbitrarily detaining journalists and drop charges against anyone prosecuted for freely expressing themselves. They must also urgently repeal the Electronic Crimes Law.”

In June, several weeks before the Electronic Crimes Law came into force, Palestinian authorities arbitrarily ordered internet service providers in the West Bank to block access to 29 websites, according to the Palestinian Center for Development and Media Freedoms (MADA). The blocked websites include some belonging to political parties, opposition and independent media outlets, and the al Quds network, an online volunteer-run community news outlet.

At least six people in the West Bank have been detained and charged with defamation or spreading information that “threatens the state” since the Electronic Crimes Law came into force in July. They are currently awaiting trial. At least 10 journalists were summoned for interrogation by Palestinian security forces in June and July.

In the Gaza Strip, Hamas security forces arrested two journalists in June, blocked journalists from reporting in some areas, and restricted the work of a foreign journalist.  At least 12 activists and journalists have been detained and questioned over comments and caricatures posted on social media deemed critical of Hamas authorities. Amnesty also gathered evidence suggesting at least one of the activists was tortured and otherwise ill-treated in custody including by being beaten, blindfolded, and forced into stress positions for prolonged periods.

“Hamas must immediately release anyone held solely for peacefully exercising their right to freedom of expression and urgently investigate allegations of torture and other ill-treatment of detainees by security forces.”

For further information, including a full analysis of the Electronic Crimes Law, please see: State of Palestine: Alarming attack on freedom of expression.