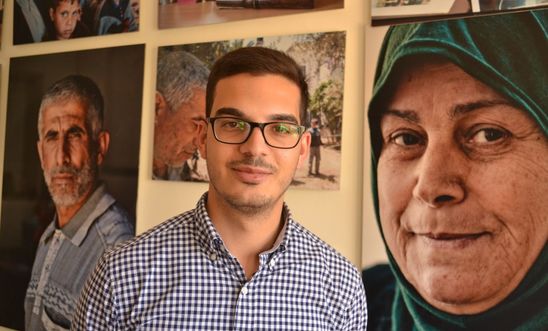 “The Palestinian authorities in the West Bank revealed a dark underbelly of violence and dysfunction on Wednesday, when its security forces launched a vicious crackdown on peaceful protesters demonstrating against sanctions on Gaza.

“Palestinian security officers, many in civilian clothes, assaulted and arrested dozens of demonstrators and bystanders and beat them while in custody, including Amnesty International campaigner Laith Abu Zayed, who was there to monitor the protest.

“Laith Abu Zayed spent several hours in police custody where he was severely beaten. Upon his release, he recalled seeing 18 other fellow detainees receive the same treatment. His plight is just the tip of the iceberg when it comes to the mass show of excessive force and torture unleashed by the Palestinian security forces on Wednesday night.

“We demand a full, independent investigation into these violations, and call for all those responsible to be held to account.

“The State of Palestine is a party to the main international human rights treaties, so the authorities have obligations under international law to uphold human rights, including the rights to security of the person, to freedom of expression and assembly, and a duty to investigate and remedy violations.

“The international community must demand that the Palestinian authorities respect these rights and bring perpetrators to justice. They should urgently review security cooperation and assistance to the Palestinian security forces to ensure they are not facilitating human rights violations.”

A group of Palestinian activists recently launched a campaign demanding the Palestinian government lift sanctions imposed on the Gaza Strip.

According to the organisers, these sanctions include cutting the wages of more than 63,000 government employees, refusing to pay Gaza’s electricity bill, ending all spending on ministerial functions in Gaza, and severely limiting support to Gaza’s healthcare ministry, including decreasing permits for patients to leave Gaza.

On Sunday, hundreds of protesters took to the streets of Ramallah peacefully with no confrontations with Palestinian security forces. The following day, the organisers called for another protest on Wednesday night.

On Tuesday, the advisor on Governorate Affairs to President Mahmoud Abbas declared that all protests were banned until the end of Eid, and that no protests would be allowed. However, on Wednesday night the organisers confirmed that they would continue with their protest and made it clear that they did not seek confrontation with the Palestinian authorities.