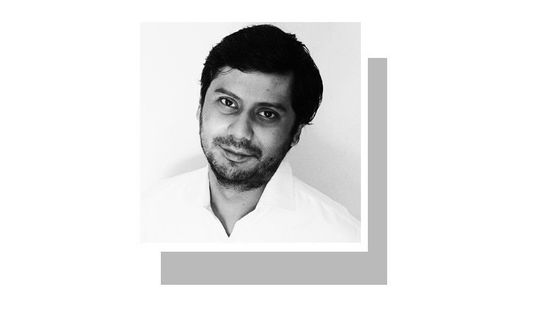 The Pakistani authorities must immediately lift a travel ban on a leading journalist and allow media in the country to operate freely and without fear, Amnesty International said today.

Cyril Almeida, assistant editor of Dawn newspaper, was placed on Pakistan’s “Exit Control List” by the Pakistani authorities after the Prime Minister’s Office took exception to a front-page report he wrote on 6 October about tensions between Pakistan’s civilian government and the military.

The travel ban comes after Pakistan’s Prime Minister Nawaz Sharif’s office issued three statements in four days attacking the journalist, and the highly-respected Dawn newspaper, for the news article. In its latest statement yesterday, the Prime Minister’s Office threatened “stern action” for the publication of the report, alleging that it “risked vital state interests”.

“The travel ban on Cyril Almeida is a crude intimidation tactic designed to silence journalists and stop them from doing their jobs.

“Journalism is not a crime. They should be able to work freely and without fear. The Pakistani authorities must break with a longstanding practice of subjecting media workers to intimidation, threats, restrictions on movements, enforced disappearances and violence.

“The language used by the Prime Minister’s Office is chilling. It is one thing for the authorities to dispute and contradict a media report. But it is quite another to threaten a journalist under the guise of national security.

“Prime Minister Nawaz Sharif should remember his promises to improve the situation for journalists. It is essential he take concrete measures to make that a reality.”

Earlier this year Reporters without Borders ranked Pakistan 147th out of 180 countries for press freedom, the lowest ranking of any country in South Asia.

Amnesty has documented a series of assaults on journalists’ freedom of expression and safety in Pakistan.

Amnesty is calling for a prompt, thorough and effective investigation into the whereabouts of Zeenat Shahzadi, a 24-year-old journalist who has not been seen or heard from for more than a year. The independent Human Rights Commission of Pakistan believes she was subject to an ‘enforced disappearance’ by the security forces.

In 2014, Amnesty published a major report, ‘A bullet has been chosen for you’: Attacks on journalists in Pakistan, revealing how the country’s reporters live under the constant threat of killings, harassment and other violence from all sides, including the intelligence services, political parties and armed groups such as the Taliban. The report described how the Pakistani authorities have almost completely failed to stem human rights abuses against media workers or to bring those responsible to account.

Also in 2014, after a meeting with the Committee to Protect Journalists, Prime Minister Nawaz Sharif vowed to establish a special commission to investigate the situation for journalists and to recommend how they can be protected. More than two years later, there has been no progress on this front.