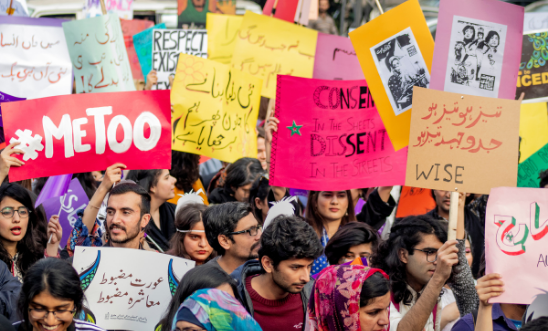 In response to today’s conviction by a court in Islamabad of Pakistani-American national Zahir Jaffer for last year’s gruesome murder of Noor Mukadam, a woman who had refused his marriage demands, Rimmel Mohydin, Amnesty International’s South Asia campaigner, said:

“The murder of Noor Mukadam was a horrific crime and those responsible must receive punishment consistent with the gravity of the crime, but without resorting to the death penalty.

“Convictions have been dismally low for victims of gender-based violence in Pakistan, making today’s guilty verdict all the more significant. This conviction underscores the importance of ensuring that the criminal justice system responds effectively at all levels.

“However, far-reaching procedural and institutional reform - and not the death penalty - is needed to tackle the endemic problem of violence against women in Pakistan.

“If the authorities want to take meaningful steps to ensure justice for women and girls, they must avoid using the death penalty as a ‘quick fix’ and commit to ensuring the criminal justice system prevents and responds to such crimes effectively at every stage.”

Amnesty opposes the death penalty in all cases without exception - regardless of who is accused, the nature or circumstances of the crime, guilt or innocence, or method of execution. The death penalty is the ultimate cruel, inhuman and degrading punishment.

Noor Mukadam, 27, was murdered and beheaded at Zahir Jaffar’s home in Islamabad on 20 July 2021. Zahir, his parents and their staff members were arrested shortly after.

After a seven-month trial, Zahir was found guilty and sentenced to death. The staff, who were present at the scene of the crime, were given ten-year jail sentences. Zahir’s parents, who were alleged to have aided Zahir in disposing of Noor Mukadam’s body, were acquitted by the court.