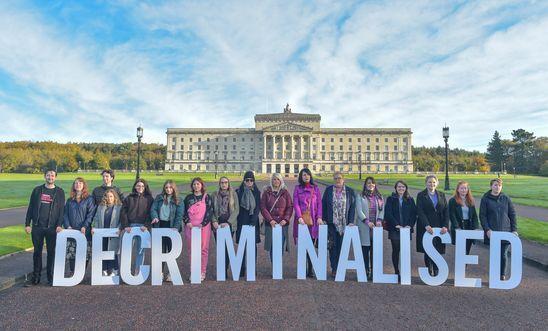 Statement published today outlines next steps for commissioning abortion services, but further regulations to deliver this will not follow until after Northern Ireland Assembly election in May

‘At every opportunity, the health minister has failed to prioritise delivery of this time-sensitive and essential healthcare’ – Grainne Teggart

A written statement issued today from the Secretary of State for Northern Ireland sets out that the UK Government is preparing regulations to directly commission abortion services in Northern Ireland if progress is not made directly following the Assembly elections in May.

This follows a previous direction from the Secretary of State to the Department of Health, Health Minister, Health and Social Care Board and First and Deputy First Ministers in July last year to commission and make abortion services available no later than 31 March this year.

“It has long been clear that further action by the Secretary of State would be necessary to ensure abortion rights here are fully realised. At every opportunity, the health minister has failed to prioritise delivery of this time-sensitive and essential healthcare.

“Whilst the Secretary of State is preparing next steps to establish commissioned services, the reality is that his own deadline for this will now be missed, and we face further unacceptable delays. Current provision will remain in a fragile state and those in need of this healthcare will be impacted most.

“We call on the Secretary of State to act urgently and without further unnecessary delay. Choice must be respected and protected – the only way to achieve this is through a service that is fully resourced and accessible to all who need it.”

“Today’s statement will also serve to further deny women timely access to post-pregnancy counselling support as our funding requests remain stuck within the commissioning standoff.  This inhibits provision of much needed services and adds to the already existing pressure.

"It is disappointing that we still don’t have services in line with our new framework. Access across the health trusts varies, with women in Western Trust still denied early medical abortion care. This announcement means the current precarious position will continue. We echo calls for the Secretary of State to act without delay."