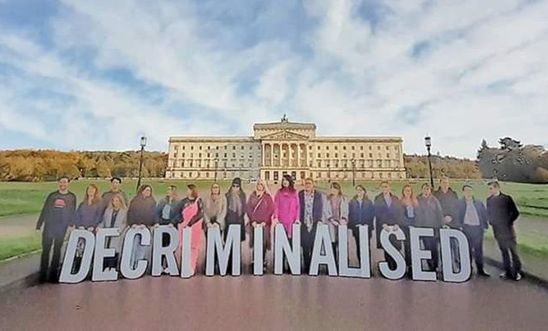 More than 1,050 travelled from Northern Ireland to England to access abortions in 2018

“Soon, those who need a termination will have their choices treated with dignity and respect at home” - Grainne Teggart

“Just eight terminations were carried out in Northern Ireland for 2018/2019 – representing a tiny fraction of the number of people who travelled elsewhere in UK to access the service, and not including those who accessed pills online.

“This demonstrates just how necessary our new law is. Soon, those who need a termination will have their choices treated with dignity and respect at home.

“All eyes are now on the Northern Ireland Secretary of State to ensure regulations and a swift transition to services that respect rights, choice and are fully accessible.”

In 2018, more than 1,053 women travelled from Northern Ireland to England to access abortions.

Since October 21 last year, women in Northern Ireland can safely go to their doctors for medical assistance, including in cases where they have self-managed an abortion with pills, without fear of prosecution.

Anyone given a serious or fatal foetal diagnosis may be able to access the healthcare locally, whilst all others will have their travel and services covered by the UK Government.