Northern Ireland: Early abortion services to be reinstated from Monday 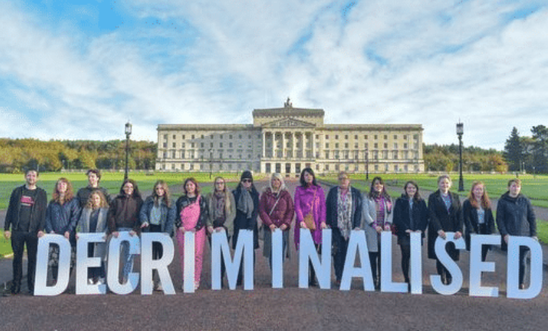 Amnesty International has welcomed news that Northern Ireland’s South Eastern Health and Social Care Trust is opening its doors again and will be able to provide early abortion services from Monday (1 February).

Earlier this month, the trust was forced to disband early medical abortion services for the more than a third of million people in Lisburn, North Down, Ards and Down.

In the midst of a pandemic when the Government had told people not to travel, women were forced to purchase abortion pills online or risk travelling to England to access vital abortion services.

Amnesty welcomes news that the SE Trust will now reinstate their early abortion services but warned that this does not go far enough. Amnesty has repeatedly called on the Department of Health to commission and fund abortion services to ensure they are sustainable and accessible, but to date the department has failed to do so.

“Despite these vital services being a legal entitlement, women have been forced to face the daunting prospect of travel outside of this jurisdiction in the middle of a pandemic - an extraordinary breach of their human right to healthcare.

“Enough is enough. Health Minister Robin Swann has failed in his duty to ensure all trusts have the necessary resources to assist those who need this healthcare.

“It is now time for Northern Ireland Secretary of State Brandon Lewis to intervene to end this on-off breach of the UK’s human rights obligations.”

Abortion regulations took effect in Northern Ireland in March 2020. Since then, health trusts have provided an interim early medical abortion service to ensure access whilst services are commissioned. This service has been facilitated through Informing Choices NI, which acts as the Central Access Point.