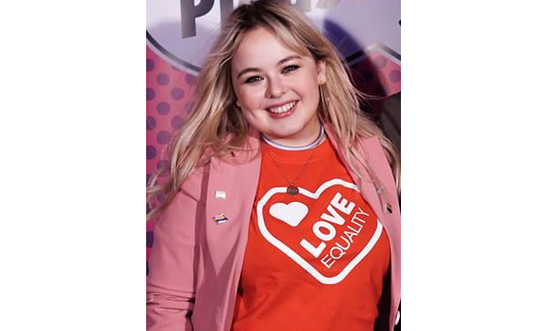 Nicola Coughlan, the actor who plays Clare Devlin in hit TV series Derry Girls, has added her voice to calls for marriage equality legislation to be extended to Northern Ireland ahead of a march in Belfast on Saturday.

The march is being organised by the Love Equality campaign for marriage equality, which wants the UK Government to extend same-sex marriage laws to Northern Ireland in the absence of a devolved government at Stormont.

Thousands are expected to participate in the march which will culminate in a rally at Belfast City Hall, where Sara Canning, partner of Lyra McKee - the journalist who was tragically killed in Derry / Londonderry last month - will address the crowd.

“In Derry Girls I play the wee lesbian, Clare Devlin. Since the show has come out, I’ve received so many messages from people from all over the world to say how much Lisa McGee including an LGBTQ character in her show has meant to them.

“However, what a lot of these people don’t realise is that Clare Devlin would still not be allowed to be married in her own country in 2019.

“I’ve had the privilege of visiting the incredible Rainbow Project in Belfast and have seen the invaluable work they do with the little financial support they have - they are incredible. The LGBTQ community in Northern Ireland deserves to celebrate who they love with the full recognition and support of the law. Love is a human right, and I’m proud to stand with you all to fight for it.”