Northern Ireland: call for Stormont to ‘step up’ to welcome refugees from Ukraine 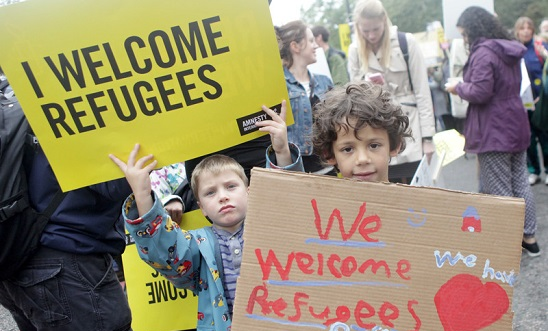 Amnesty International has called for Stormont to be ready to ‘step up’ to welcome refugees from Ukraine following the Russian military attacks on the country.

“The horror of war which Russia is now inflicting on the civilian population of Ukraine is a reminder of the reason so many people are forced to become refugees.

“Any one of us in this situation would pick up our children and run - and we wouldn’t stop until we felt safe.

“Ukrainians are already fleeing in numbers, mostly initially to Poland. Many will likely move on. That is their right under international law, and the UN Refugee Convention.

“Some may make their way to Northern Ireland – perhaps because of family or friends here.

“It is our duty as a country to welcome them with open arms. That is our legal obligation and our moral imperative.

“As citizens, I know that we will be part of welcoming them and we will insist that our government, at Stormont and in Westminster, steps up to their responsibilities.”