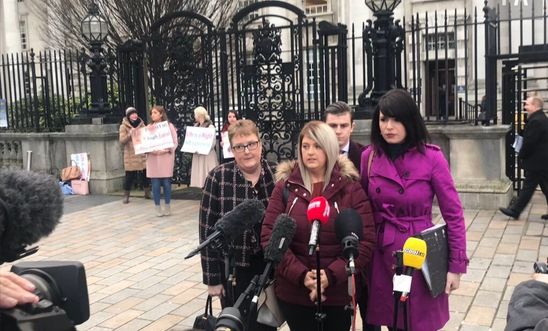 Secretary of State for Defence and Minister for Women and Equalities, Penny Mordaunt, has said that if a court ruling found Northern Ireland’s abortion laws incompatible with human rights the Government, and if not Parliament, would act to change the laws.

This follows comments made yesterday by Conservative leadership rivals Boris Johnson and Jeremy Hunt that abortion rights in Northern Ireland should remain a devolved issue.

“We welcome the Secretary of State’s commitment that Government or Parliament would act if a court ruling found Northern Ireland’s abortion laws incompatible.

“The comments demonstrate the support within Cabinet for change and will act as a reminder to the next Prime Minister that the UK Government cannot ignore their responsibilities nor hide from the urgent need for reform.

“Inaction and hiding behind devolution as justification for the denial of women’s rights will not be accepted.

“Of course, we don’t need to wait for a court judgment to tell us what we already know which is that the law in Northern Ireland violates rights, the next Prime Minister should prioritise bringing an end to the harm caused by our laws and legislate for change."

Sarah Ewart, a woman who was forced to travel to the UK for an abortion after her pregnancy was given a fatal foetal diagnosis, has brought her case to the Belfast High Court supported by Amnesty International.

“We shouldn’t have to fight through the courts to have our rights realised. Experiencing something as painful as I did and then having no option but to go through the ordeal of the courts is emotionally draining. Northern Ireland’s archaic abortion laws have left women like me suffering for far too long. We met with Minister Mordaunt previously to discuss the situation in Northern Ireland and welcome her comments. We hope the Government listens to women like me who have called on Westminster to legislate. We will keep fighting, alongside Amnesty, until change happens.”