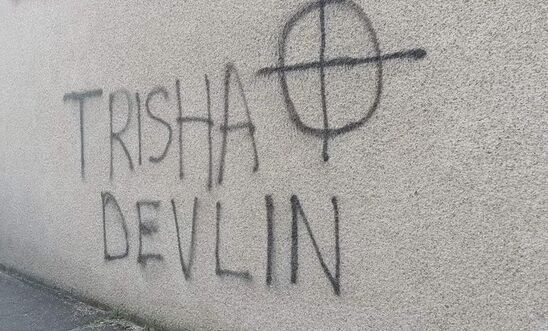 “No-one ever seems to be arrested and prosecuted for these threats. The Chief Constable must explain why” – Patrick Corrigan

Amnesty International has written to the Northern Ireland Assembly All Party Group on Press Freedom and Media Sustainability ahead of its meeting tomorrow (Friday 19 March) with Simon Byrne, Chief Constable of the Police Service of Northern Ireland.

Amnesty raised existing concerns about press freedom in Northern Ireland, against a backdrop of frequent threats of violence and death against journalists and the 2018 arrests of journalists Trevor Birney and Barry McCaffrey.

“Journalists in Northern Ireland – particularly those investigating paramilitary and criminal activity – are working in a climate of fear.

“Death threats are an attempt to intimidate journalists from doing their jobs and constitute an attack on freedom of the press and the public’s right to information.

“However, no-one ever seems to be arrested and prosecuted for these threats. The Chief Constable must explain why.

“Meanwhile, the police themselves have undermined press freedom in Northern Ireland by arresting journalists Trevor Birney and Barry McCaffrey as a result of their investigative work into police collusion in the Loughinisland massacre. Such reporting could not be of greater public interest - but instead of arresting the killers, the police arrested the journalists.

“Despite this debacle undermining press freedom, damaging public confidence in the police and costing millions to the public purse, we are not aware of any consequences for any PSNI officer involved in directing the operation. Both the Chief Constable and the Policing Board have serious work to do to rebuild public confidence in their approach to protecting press freedom.”

In September 2001, Sunday World journalist Martin O’Hagan was shot dead by a loyalist paramilitary group. No-one has ever been convicted of his murder.

Last year, Amnesty supported Sunday World journalist Patricia Devlin in lodging a complaint with the Police Ombudsman for Northern Ireland in relation to lack of an effective investigation by the PSNI into a threat to rape her new-born son.