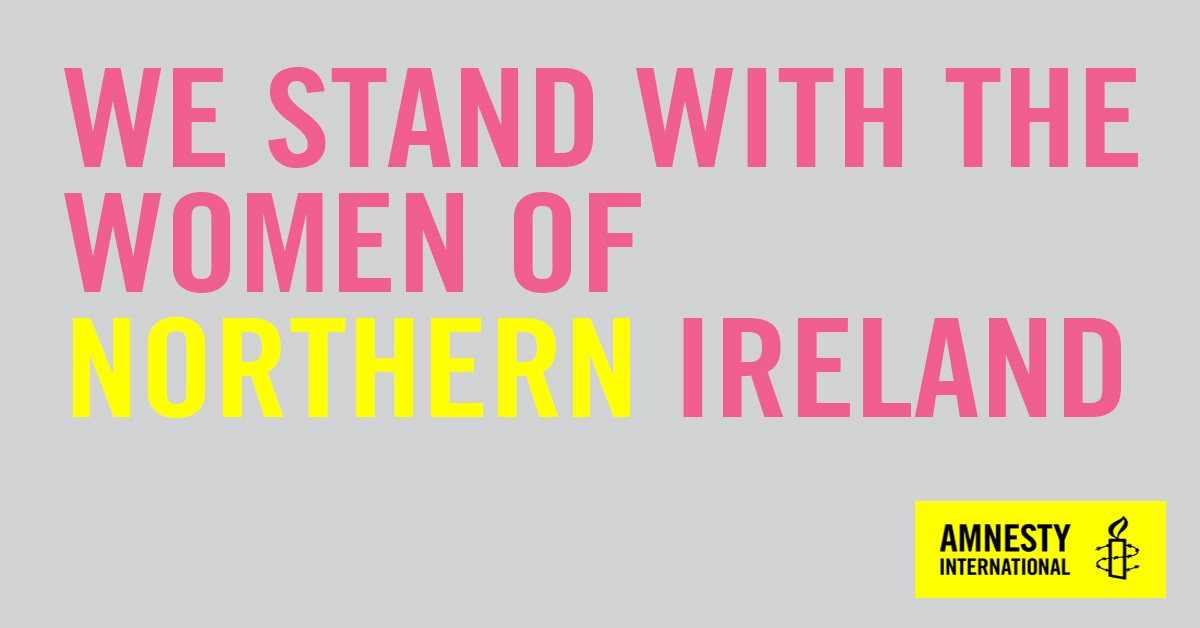 Westminster must listen to the women and girls of Northern Ireland and prioritise their health and rights, Amnesty International has said today, ahead of two crucial moments for abortion reform taking place in parliament this week.

Diana Johnson MP will introduce a backbench bill today (23 October) calling for the partial decriminalisation of abortion in England, Wales and Northern Ireland. MPs are also attempting to amend the Northern Ireland (Executive Formation and Exercise of Functions) Bill - due to be debated on Wednesday (24 October) - so that it includes clauses that will force the Government to act upon its human rights obligations by reforming Northern Ireland’s abortion and equal marriage laws.

“Westminster must use this week to show it will prioritise the health and rights of women and girls in Northern Ireland by moving a step closer towards scrapping Northern Ireland’s archaic and cruel abortion law.

“Amnesty’s recent polling shows that the majority of people in Northern Ireland want Westminster to reform the abortion law, and MPs from across the political parties are mounting increasing pressure on the Government to act. What more is it going to take for Westminster to take this urgent issue seriously?”

Amnesty’s recent polling of public opinion in Northern Ireland showed high levels of support for abortion law change, with 65% believe that having an abortion should not be a crime and 66% believe that Westminster should reform the law in absence of a devolved government.