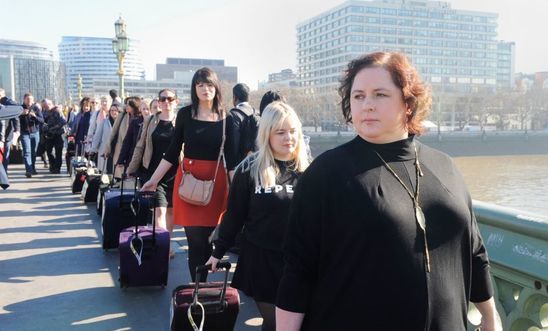 The Women and Equalities Committee have today (25 April) published their inquiry report on abortion in Northern Ireland. Amnesty International UK and the Family Planning Association have welcomed the report and called on the UK Government to take immediate action.

The report identifies serious concerns with the abortion law and makes a series of important recommendations on the law, policy and practice governing abortion access for women in Northern Ireland. Critically, it calls on the UK Government to address the rights breaches found by the UN Committee on the Elimination of Discrimination against Women (CEDAW).

“This report is a welcome and urgent intervention that the UK Government cannot ignore.

“The Committee has made clear that the Government is responsible for delivering urgently needed change on abortion and calls for a timeline and framework to be set out. This must include addressing the human rights breaches found previously by a UN Committee, and their recommendations to decriminalise abortion.

“Devolution does not relieve the UK Government of their obligation to protect and promote the rights of women in Northern Ireland.

“Inaction is no longer an option. The UK Government cannot remain complicit in the harm caused by the existing abortion regime – the time for change is now.”

Sarah Ewart, a woman who was forced to travel to England for an abortion after being told her pregnancy had a fatal foetal diagnosis, has brought her case to Belfast High Court with support from Amnesty. The judgment is pending on this case. She said:

“Northern Ireland’s archaic abortion laws have left women like me suffering for far too long. The UK Government has turned a blind eye and ignored the hurt caused to me and others in my circumstances. I hope the recommendations signal a turning point and finally brings an end to the harm caused.”

“For 30 years, FPA have provided pregnancy choices and post-abortion counselling. Every day we see the devastating impact that restrictive abortion law has on women and their families. Without exception we have never seen a woman say the law is fit for purpose. Collectively they feel let down. We urge the UK Government to listen and act on the inquiry as a matter of urgency.”