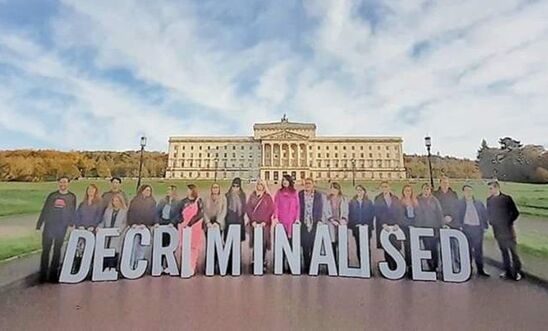 ‘It is the Minister’s job to remove barriers to healthcare, not create them’ - Grainne Teggart

The number of early medical abortions during this period is unknown but is likely to be fewer for a number of reasons including those who chose not to proceed with a termination and the suspension of services at different times in different health trusts.

Despite an obvious need for the service, Informing Choices NI have also today confirmed it will cease to operate on 1 October this year due to the Health Minister’s failure to commission services unless funding is secured by that date.

“The Health Minister’s failure to commission services has directly led to the impending collapse of the only local pathway we have into early medical abortion services.

“It is the Minister’s job to remove barriers to healthcare, not create them.

“Early medical abortion access is on a cliff edge. The Secretary of State must act now to direct the commissioning services before it is too late.

“The consequences of collapse in this vital provision will be significant for both women and healthcare professionals. Choice must be respected and protected – the only way to achieve this is through a fully resourced service.”