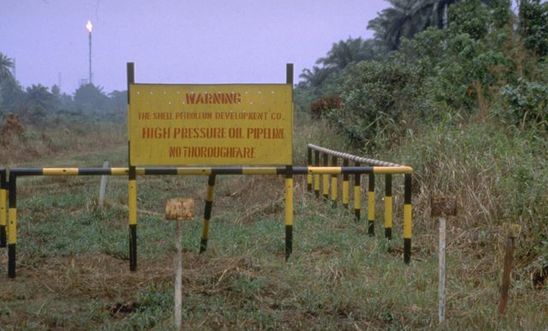 Nearly ten years after the UN called for a major clean-up of areas of the Niger Delta polluted by the oil giant Shell and other oil companies, decontamination work has begun on only 11% of planned sites while vast areas remain heavily contaminated, according to a new investigation by four NGOs published today.

The findings come ahead of a UK Supreme Court hearing next week (23 June) in which arguments will be presented on behalf of more than 40,000 people from the Niger Delta’s Ogale and Bille communities that years of oil spills from pipelines owned and operated by Shell have caused them severe harm.

Royal Dutch Shell is domiciled in London and should be legally responsible for the environmental failures of its subsidiary company, the Shell Petroleum Development Company of Nigeria. The one-day hearing is being heard via video link and will be live-streamed.

In 2011, the UN Environment Programme documented the devastating long-term impact of the oil industry in Nigeria’s Ogoniland, setting out urgent recommendations for a clean-up.  However, the systematic failure of oil companies and the Nigerian government to clean up has left hundreds of thousands of Ogoni people facing serious health risks, struggling to access safe drinking water and unable to earn a living.

The new investigation - carried out by Amnesty International, Environmental Rights Action/Friends of the Earth Nigeria, Friends of the Earth Europe, and Milieudefensie - shows that clean-up work has begun on only 11%  of polluted sites identified by the UN, with only a further 5% included in current clean-up efforts, while no site has been entirely decontaminated.

The investigation comes as Shell is facing a series of European court battles over its business operations in Nigeria.

“The discovery of oil in Ogoniland has brought huge suffering for its people. Over many years, we have documented how Shell has failed to clean up contamination from spills and it’s a scandal that this has not yet happened. The pollution is leading to serious human rights impacts - on people’s health and ability to access food and clean water. Shell must not get away with this - we will continue to fight until every last trace of oil is removed from Ogoniland.”

“After nine years of promises without proper action and decades of pollution, the people of Ogoniland are not only sick of dirty drinking water, oil-contaminated fish and toxic fumes. They are sick of waiting for justice, they are dying by the day. The Nigerian government should acknowledge this project has been a failure and reinvigorate HYPREP with technical skills and strategic thinking, fully involving the community.”

“Nine years on, there is still no clean-up, no ‘emergency’ health and water measures, no transparency and no accountability. Without urgent action there will be no justice. While oil companies like Shell spend millions greenwashing their image, tens of thousands of people continue to suffer from their pollution and negligence. European governments like the UK, the Netherlands, France and Italy must act to support a truly effective clean-up and ensure these companies are held accountable for the devastating pollution of the Niger Delta.”

Amongst other things, the four NGO’s 30-page report, ‘No Clean-Up, No Justice’, finds that:

*There are still communities in Ogoniland without access to clean water supplies;

*Health and environmental monitoring has not been carried out;

*There has been no public accounting for how $31m funding provided since 2018 has been spent;

*Eleven of 16 companies contracted for the clean-up are reported to have no registered expertise in oil pollution remediation or related areas;

*Highlights that “emergency measures” proposed by UNEP have not been properly implemented and that the billion-dollar clean-up project launched by the Nigerian government in 2016 has been ineffective.

Meanwhile, numerous conflicts of interest around Shell have been revealed involving the management of the clean-up agency, HYPREP, and the Nigerian government.

Amnesty and the other NGOs are demanding a rapid clean-up, and in particular that Shell:

*Provides proper compensation to all communities affected by failed or delayed clean-ups of oil spills;

*Decommissions all aging and damaged pipelines commits to funding the clean-up of Ogoniland and the rest of the Niger Delta until completed.

Amnesty and its partner NGOs are also calling on the Nigerian government to:

*Ensure that Ogoni people can access their basic rights, including the right to safe drinking water;

*Develop and implements a strategy to address the root causes of oil pollution, while fully involving local communities;

*Strengthen HYPREP and ensures it is an independent, transparent agency without the involvement of Shell in oversight and management structures;

*And publish all information on the clean-up project and its progress.

And finally, the NGOs are also calling on European governments which are home to oil companies operating in the Niger Delta to:

*Make a fundamental shift to prioritise the clean-up of Ogoniland and the rest of the Niger Delta over the interests of companies;

*Increase engagement with and support for the Nigerian government to ensure effective implementation of the UN’s recommendations, independent oversight of the oil industry and effective remedy for affected communities;

*And to establish strong international regulations for corporate liability abroad - such as an EU law for mandatory Human Rights due diligence and a binding UN Treaty on Business and Human Rights.