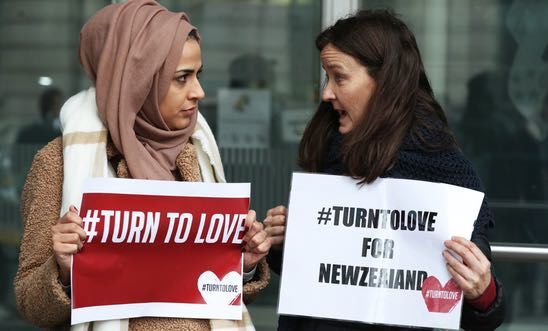 ‘The New Zealand we believe in… welcomes refugees and migrants, and respects the rights of everyone to practise their religion in peace’ - Kumi Naidoo

The horrific attacks on two mosques in Christchurch, New Zealand, in which armed assailants killed 49 people and injured at least 48 more, is a devastating reminder of the consequences of letting hatred and demonisation go unchecked, Amnesty International said today.

“This is one of the darkest days in New Zealand’s history.

“The attackers who unleashed their deadly hatred and racism upon women, men, and children as they took part in Friday prayers has thrown us all into shock and grief.

“This is also a moment of reckoning for leaders across the world who have encouraged or turned a blind eye to the scourge of Islamophobia. The politics of demonisation has today cost 49 people their lives. Reports that the attackers followed a white supremacist manifesto must galvanise world leaders to start standing against this hate-filled ideology.

“Today we stand with all those who have lost loved ones, and vow to unite against this hate. The New Zealand we believe in is one that thrives by being a multicultural society, welcomes refugees and migrants, and respects the rights of everyone to practise their religion in peace. These attacks can only strengthen our resolve to fight for a society built around peace, hope and justice.”