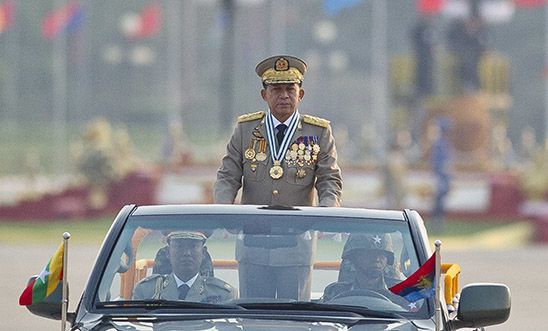 “This decision marks an important step in the fight for justice and accountability in Myanmar. It sends a strong message to the orchestrators of atrocities against Rohingya that their days of impunity are numbered.

“This decision comes just days after the government of Gambia accused Myanmar of genocide in proceedings initiated at the International Court of Justice, and Rohingya activists filed a lawsuit in Argentinean Courts.

“The wheels of justice are turning – those who continue to shield perpetrators from accountability should think long and hard about which side of history they choose to be on.

“While we welcome today’s decision, it only allows the ICC to investigate some of the military’s many crimes against ethnic minorities in Myanmar. This is why it remains essential that the UN Security Council refers the situation in the whole of the country to the ICC. Its ongoing failure to do so is a stain on its credibility and an abdication of its responsibilities.”

From August 2017, the Myanmar security forces launched a devastating campaign of violence against the Rohingya population in northern Rakhine State. Amnesty and others documented murder, rape, torture, forced starvation, the targeted burning of Rohingya villages and the use of landmines. A UN Fact-Finding Mission has called for senior officials to be investigated and prosecuted for crimes against humanity, war crimes, and genocide.