Morocco: jailing of journalist for allegedly having abortion is 'devastating blow' for women's rights 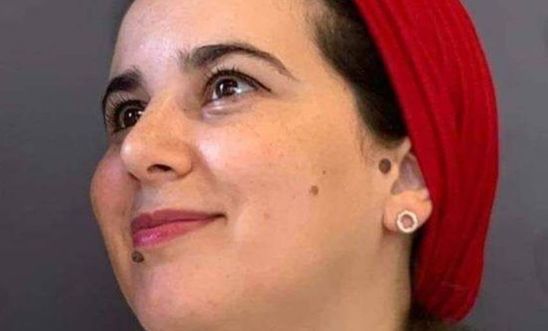 Hajar Raissouni jailed for a year, along with her fiancé, while medical staff also jailed

Raissouni, who has previously criticised the authorities, says case against her is politically-motivated

Responding to news that the Moroccan journalist Hajar Raissouni has been sentenced to one year in prison after being convicted of having an abortion, Heba Morayef, Amnesty International’s Middle East Regional Director, said:

“Today’s verdict is a devastating blow for women’s rights in Morocco.

“Hajar Raissouni, her fiancé and the medical staff involved in the case should never have been arrested in the first place.

“The Moroccan authorities should revoke her conviction and order her immediate and unconditional release, as well as the release of all others involved in this case.

“Under international law women have a right to make their own decisions about their sexual and reproductive lives.

“Criminalising abortion is a form of discrimination against women. The Moroccan authorities must urgently repeal all laws that violate women’s rights, including laws that criminalise sex outside marriage and abortion.”

Hajar Raissouni, a journalist working for the independent daily Moroccan newspaper Akhbar al-Yaoum, was arrested on 31 August along with her fiancé, Amin Rifaat, as they left a doctor’s office in Rabat. The doctor and two others working at the clinic were also arrested on suspicion of carrying out an abortion. After her arrest, Raissouni was detained at a police station in Rabat and on 2 September brought before a prosecutor and charged with sex outside of marriage and “consenting to have an abortion”. In Morocco, couples who engage in sex outside of marriage can be jailed for up to one year, while a woman who has had an abortion can be jailed for between six months and two years.

In today’s court hearing, Raissouni and Rifaat were both sentenced to one year in prison, the doctor involved in the case was sentenced to two years in prison and banned from practising for two years, and two other members of the clinic’s medical staff were convicted - one received a prison sentence of one year and the other an eight-month jail term.

Under Moroccan law, abortion is criminalised in all circumstances unless the health of the pregnant woman is at risk and her spouse agrees. However, under international law, women have a right to bodily and personal autonomy, which includes being free to make their own sexual and reproductive decisions. Criminalisation of health services such as abortion amounts to gender discrimination. Meanwhile, in Morocco sex outside of marriage is also a criminal offence.