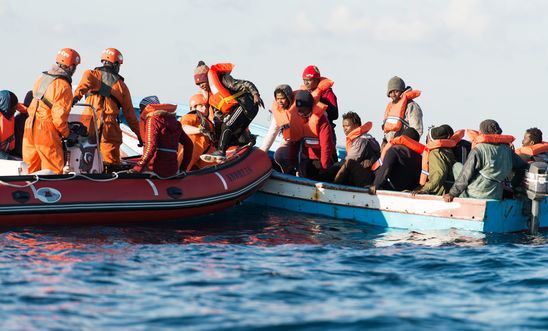 An agreement reached in Malta today on a temporary mechanism for disembarking people rescued in the Mediterranean is a positive step for protecting the rights of refugees and migrants, said Amnesty International.

The agreement has been announced by the Ministers of the Interior for France, Germany, Italy and Malta, and representatives of the Presidency of the Council of the European Union and the European Commission.

“Details of the agreement are still to be disclosed, but we expect it to lead to the establishment of a reliable system to ensure that people rescued in the Central Mediterranean are promptly and safely disembarked in Europe, and that EU countries step up and share responsibility for them.

“We hope this mechanism will put an end to the obscene spectacle of people left stranded on boats for weeks waiting to know where, or even if, they can disembark. Speedier disembarkations are essential for those rescued in the Central Mediterranean who have often already suffered horrific abuse in detention centres in Libya and a perilous sea journey – they are exhausted and in need of protection and care.

“Although limited to people rescued in the Central Mediterranean, today’s agreement is a sign that European leaders may be finally stepping up to manage migration towards Europe more responsibly and humanely. Now it is paramount that more member states join soon.”

NGOs undertaking search-and-rescue have faced criminal prosecutions, the impounding of their vessels, the imposition of heavy fines and the arrest of their staff, just for upholding the duty to save lives at sea and trying to disembark them in a safe place.

Having disembarked a significant number of people this year without adequately preparing for such scenario, Malta’s reception and asylum system is strained. Hundreds of men, women and children are held in sub-standard conditions. Many of them have been unlawfully detained, as they are held far longer than the maximum period permitted by national law, which is intended only to allow for medical checks on arrival.

Lawyers and representatives of organsations who regularly visit the detention facilities told Amnesty that the centres were seriously overcrowded, that separation between adults and children is not ensured, and that conditions are squalid with people having inadequate access to basic necessities such as clean underwear and toiletries.

Amnesty is calling on Maltese authorities to end arbitrary detention.