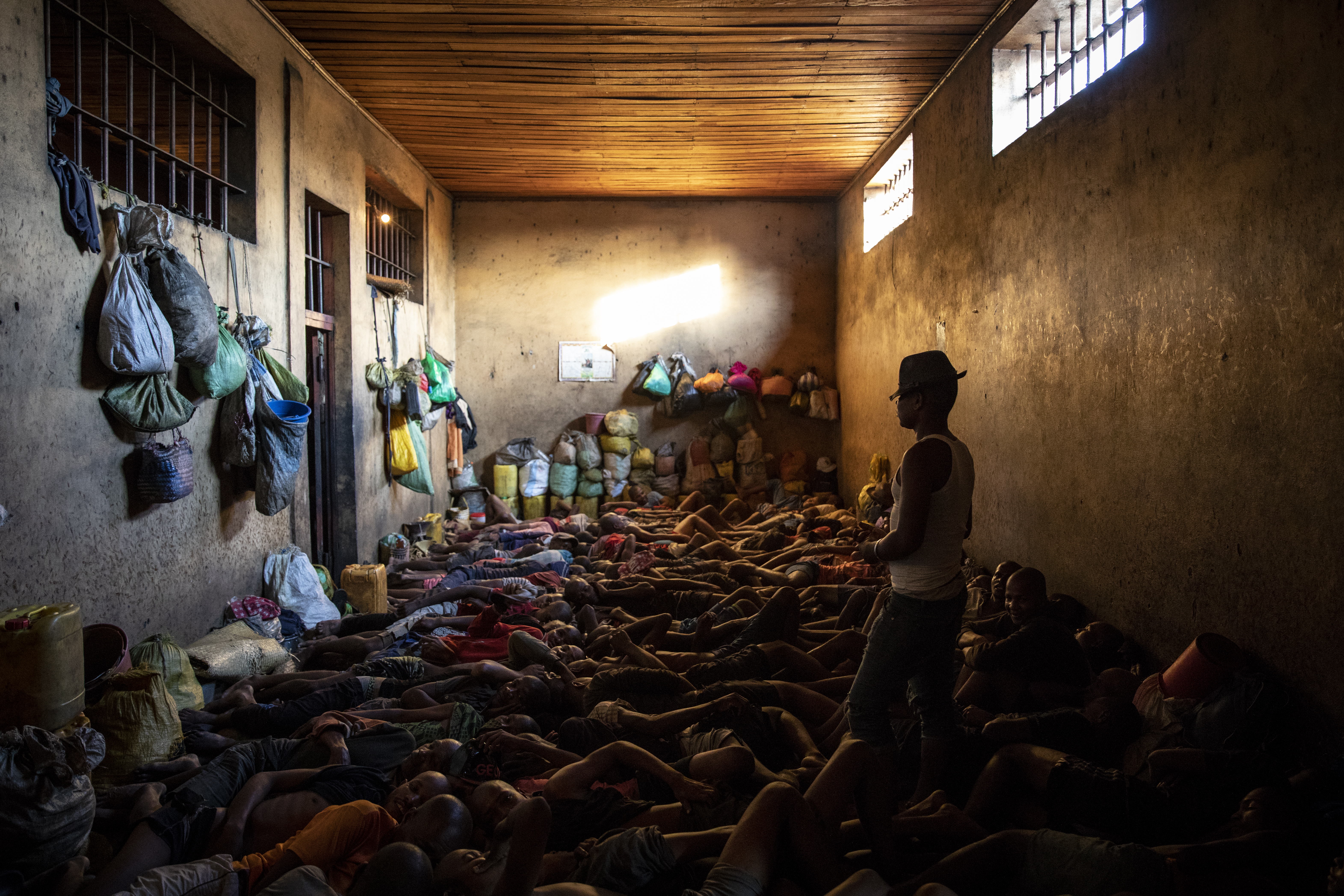 People - including children - who have not been found guilty of any crime are dying in Madagascar’s prisons due to appalling conditions, Amnesty International said today, as it released a report highlighting how the Malagasy authorities’ excessive use of pre-trial detention is harming the poorest people in society.

Amnesty’s research found that Madagascar’s abusive pre-trial detention disproportionately affects those who are poorest, not least because they cannot afford their own legal representation. Over the past decade, the rates of pre-trial detention amongst children and women have increased at a worrying rate, while men’s prisons remain severely overcrowded. As of October 2017, pre-trial detainees comprised 70% of the total number of women in prisons, and 80% of the total number of children in prison.

Amnesty documented how detainees are often held in lengthy pre-trial detention for petty, non-violent offences such as theft of chickens or mobile phones, or forgery. Amnesty believes these offences do not warrant pre-trial detention at all, let alone prolonged detention in horrendous conditions. International human rights law states that pre-trial detention must not be the general rule and may not be used for punitive purposes. The Malagasy authorities’ use of unjustified and prolonged pre-trial detentions also violates Madagascar’s own laws, including the presumption of innocence.

“A catalogue of failures in Madagascar’s criminal justice system means people are suffering in prison for years before they have their day in court. In the prisons we visited, many of those being held for extended periods without trial were accused of petty, nonviolent crimes. One man accused of stealing cattle had been in detention for three-and-a-half years.

“None of the prisons we visited separated pre-trial from sentenced prisoners, as is required by international human rights law. This has meant in some cases that children were sharing cells with convicted criminals. The poorest, including women and children, with the least recourse to legal help, are those who suffer the most.”

Amnesty visited nine prisons around Madagascar where pre-trial detainees are being held and witnessed appalling living conditions. Cells are dark, filthy and extremely overcrowded, and there is a lack air or light, posing serious risks to detainees’ physical and mental well-being.

None of the prisons separated pre-trial and sentenced prisoners, with three not even appropriately separating children and adults. Amnesty documented poor sanitation, absence of healthcare, lack of adequate food, and limited access for families across all prisons visited.

Pregnant women and women with babies do not have access to appropriate healthcare, while children often have no access to any educational or vocational activities, in violation of both national and international law.

One man, who has been in pre-trial detention for three-and-a-half years after he was accused of stealing a cow, told Amnesty: “Forty-two of us sleep in the same room but there is no room to sleep, I sleep on the floor. A lot of people get sick. Some cough, some shiver, some get very cold. And people fight about food because there isn’t enough… I really want a trial because I really suffer here.”

All the prisons visited by Amnesty were holding detainees far beyond their official capacity. For example, in September this year, approximately 700 people were detained in the Manakara prison, which had an official capacity of 121.

Pre-trial detainees, who were in visibly poor health during Amnesty’s visit complained about not receiving timely or appropriate medical care. Most of the prisons visited had an infirmary but nurses, medical supplies and facilities were in short supply. Most cells did not have toilets or showers, and prisoners had to use plastic buckets as toilets during the night in their overcrowded cells.

Prisons were not well ventilated, and detainees complained about cells and dormitories being filthy, infested with rats and bugs and being extremely hot; conditions which can foster the transmission of diseases. Tuberculosis is one of the primary causes of death for detainees and prisoners in Madagascar.

Malnutrition remains a critical threat to prisoners’ health and lives. Detainees spoke about meagre food rations, including one woman in Maintirano prison who said that a meal portion could fit in the palm of her hand. According to the International Committee of the Red Cross (ICRC), almost half of the prisoners in Madagascar suffer from moderate or severe malnutrition. In 2015, the ICRC documented 27 deaths in the country’s prisons due to malnutrition.

“Nobody should be held in the life-threatening conditions we saw in Madagascar’s prisons, and certainly not people whose case is still being decided. As well as upholding the presumption of innocence, ending the abusive use of pre-trial detention could help ease the overcrowding which has made Madagascar’s prisons such miserable places.

“We are calling on the Malagasy authorities to release pre-trial detainees whose detentions have been unjustified, arbitrary or prolonged – starting with those who are being held for petty offences, or simply because they are poor. The authorities must also provide reparations to victims of unlawful pretrial detention and take steps to build an effective criminal justice system that respects human rights.”

The biggest issue contributing to long pre-trial detentions in Madagascar is the limited allocation and infrequency of court sessions for criminal cases. Under the Code of Criminal Procedure, criminal court sessions are held twice a year, leading to serious delays and severe prison overcrowding. Additional sessions may be held if the number of cases calls for it, but only if resources are available. 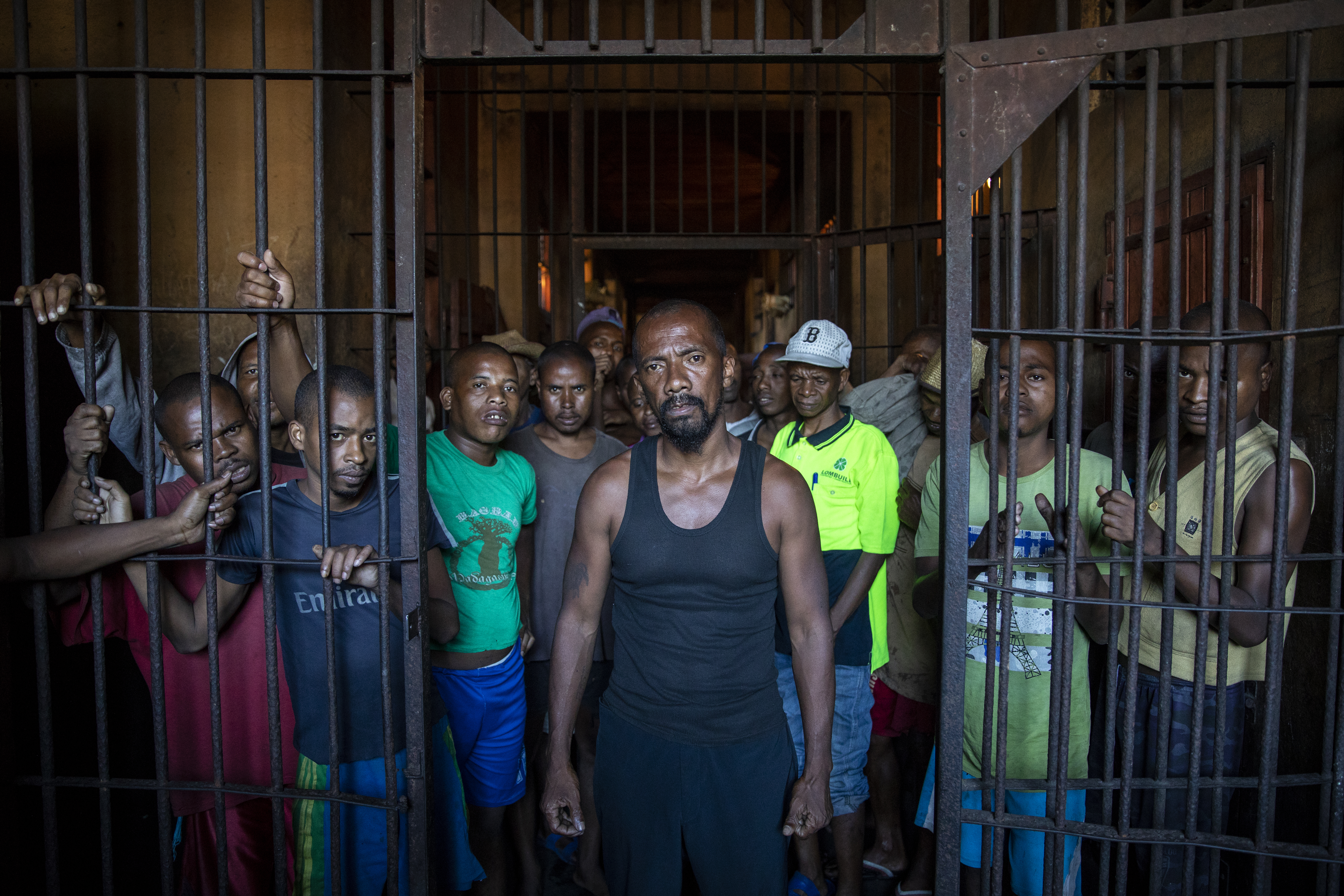 This report is the culmination of field research conducted in Madagascar in nine prisons in August 2017, and follow-up visits in September 2018, to investigate the practice and conditions of pre-trial detention. The nine prisons visited, which included eight central prisons and one maximum security prison. Amnesty’s researchers interviewed, among others, men and women who had been held in detention for more than three years, and children for more than two years, without a trial.

Madagascar’s prisons hold more people who have not been tried, let alone convicted, than those found guilty. As of October 2017, 55% of the total prison population were pre-trial detainees.

Under international human rights law, people awaiting trial should not be detained unless there is an assessed risk that the suspected perpetrator may, for example, flee, intimidate a witness or tamper with evidence. The Constitution of Madagascar similarly provides that pre-trial detention is an exception. Individuals awaiting trial or whose trials are still ongoing, and who have not been convicted, are presumed innocent. They also have the right to access legal counsel and the right to be tried within a reasonable time, and to be detained separately from convicted persons among others.