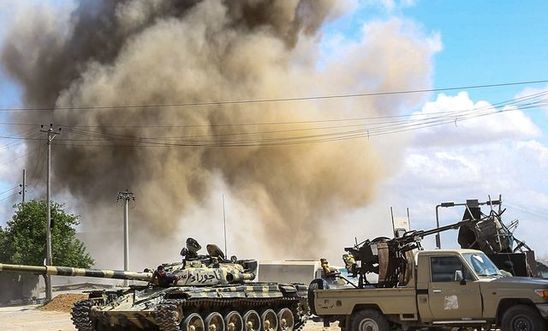 Recent fighting on the outskirts of Tripoli © AFP via Getty Images

Amnesty International has welcomed a resolution from the United Nations Human Rights Council today to establish a fact-finding mission to investigate human rights violations by all parties to the conflict in Libya.

“We welcome the establishment of the fact-finding mission as an important and long overdue step towards ending the rampant impunity that has for years fuelled the horrific crimes committed in Libya.

“While the fact-finding mission could have had a stronger mandate and come sooner, today’s vote sends a clear signal to all perpetrators of crimes under international law in Libya that impunity is no longer an option.

“We call on all parties to the conflict and their allies to fully cooperate with the fact-finding mission’s investigation team, and help facilitate their work with a view to bringing all those responsible for these violations to justice.”

Earlier this month, Amnesty documented how the battle for Tripoli had seen widespread looting, indiscriminate shelling of civilian neighbourhoods, the planting of anti-personnel landmines in civilian buildings, and the parading of corpses of opposition fighters. Amnesty also found that several countries - including Turkey, Russia and the UAE - had continued to violate a UN arms embargo on Libya.