Kosovo: War crimes indictment of president 'shows senior officials are not above the law' 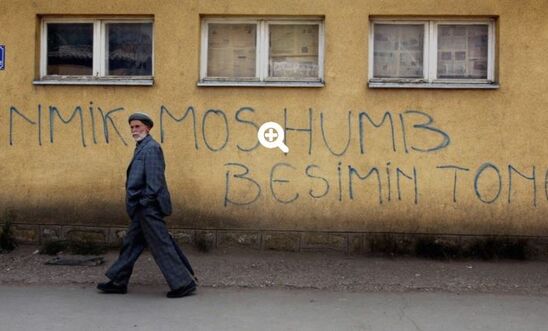 President Hashim Thaci and nine other former KLA commanders indicted for crimes that include organ trafficking, abductions and sexual violence

‘The indictment gives hope to thousands of victims’ - Jelena Sesar

“The indictment gives hope to thousands of victims of the Kosovo war who have waited for more than two decades to find out the truth about the horrific crimes committed against them and their loved ones.

“Charges, which are the first for the Special Prosecutor’s Office, show that senior officials are not above the law.

“The evidence of war crimes committed by the KLA leadership - including a sustained campaign of persecution of Serbs, Roma and political opponents among Kosovo Albanians - appears to be compelling. Some of the allegations included the involvement in organ trafficking, abductions, mistreatment of detainees and sexual violence.

“That it has taken almost 10 years for any of those suspected of criminal responsibility to be brought to court has allowed a culture of impunity for war crimes committed during the Kosovo war to persist.

“This indictment gives hope that any attempt to obstruct justice, truth and reparation will not be tolerated, and that the victims and relatives of the missing will finally see those suspected of responsibility stand trial.”

President Thaci, a leader during Kosovo’s war for independence, has resigned to face charges for war crimes and crimes against humanity.

In 2015, The Hague set up the Kosovo Specialist Chambers and Specialist Prosecutor's Office to handle cases of alleged crimes by the KLA during the 1998-99 war that eventually led to Kosovo’s independence from Serbia ten years later. The war killed more than 10,000 and 1,641 people remain unaccounted for. Serbia has still not recognised Kosovo’s 2008 declaration of independence.