Kenya: arrest of Amnesty Kenya's chairperson is an 'attack on human rights defenders' 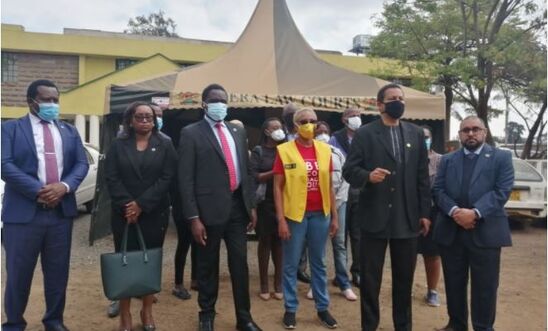 ‘We call on the authorities to drop any charges’ - Irungu Houghton

Ngamau - who is also the chairperson of her Jamhuri Phase 1 neighbourhood in Nairobi - was arrested yesterday (14 September) for rallying her neighbours to peacefully oppose a private development on public land designated as a playground. She was arrested at her home by eleven police officers.

Ngamau was released on bail last night and ordered to appear before the Kibera Magistrate’s Court in Nairobi today, but the police didn’t show up. After more than two hours of waiting in the court and no charges given, she presented herself to the Kilimani Police Station to prevent re-arrest.

“We believe she was targeted simply for as acting as human rights defender to protect public land.

“We call on the authorities to drop any charges and direct their energies towards investigating and prosecuting those responsible for the diversion of land away from public use.”