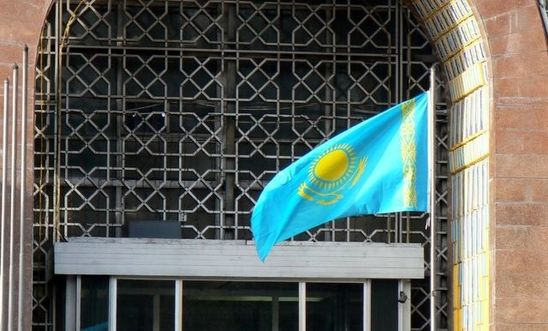 The authorities in Kazakhstan are failing to properly investigate hundreds of reports of torture and other ill-treatment by members of the country’s law enforcement agencies and prison staff, Amnesty International said in report published today (3 March).

In its 60-page report, Dead End Justice: Impunity for Torture in Kazakhstan, Amnesty reveals that while human rights organisations in Kazakhstan receive hundreds of reports of torture and other ill-treatment each year, the fear of reprisal, lack of access to appropriate legal advice, or the assumption that nothing will be done means that few cases are registered, and an even smaller number result in prosecution.

Last May, for example, guards in Eastern Kazakhstan beat a prisoner called Iskander Tugelbaev during a “pre-planned search measure” so severely that he was left in a coma for three days, leaving him unable to speak or walk unaided, according to his lawyer. Tugelbaev’s injuries were so serious that specialist surgeons had to be flown in to operate on him. The prison authorities have claimed that he sustained his head injuries from falling down during a seizure, though his family say he has no history of epilepsy or seizures. The authorities have refused to mount a criminal investigation into Tugelbaev’s case due to “lack of evidence”.

Mr Tugelbaev’s case is just one of 12 documented in the report, which highlights the numerous obstacles torture victims face in securing justice. In the first seven months of 2015, just ten cases of torture reached court, of which five resulted in a conviction. The small number of victims who do pursue justice often find that it can take years for their case to be investigated, as the case is passed from one agency to another, with each agency closing ranks rather than prioritising the rights of victims of torture to obtain justice.

Legal reforms, including the introduction of a new legal code in January 2015 and extending the mandate of “Special Prosecutors” to include the investigation of cases of torture, while welcome, have failed to address the systematic gaps and failures in the current procedures for investigating and prosecuting reports of torture, said Amnesty.

“The Kazakh system for investigating police abuses is so riddled with loopholes and the protection of vested interests that torturers are able to act with virtual impunity.

“The failure to investigate torture and prosecute those responsible leaves victims hopeless and intimidated, reliant on their families and a small band of dedicated civil society activists and lawyers to negotiate the labyrinthine process of appealing against a refusal to investigate a report of torture.