Jordan: Syrians fleeing renewed fighting near border must not be turned away 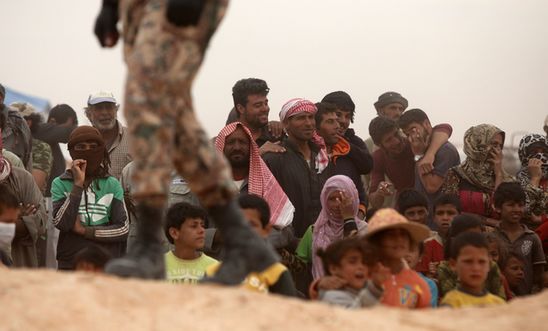 “People fleeing war in Syria are in a desperate life-or-death situation, and the Jordanian government cannot simply abandon them.

“Jordan has a duty to protect refugees from Syria fleeing conflict and persecution, and to allow them to enter the country. Closing the border to people in need of protection violates Jordan’s international obligations.

“In 2016, Jordan officially closed its border to people leaving Syria with dire consequences. Tens of thousands of people are still stranded at the border in deplorable conditions and left to suffer because the Jordanian authorities have effectively blocked access for aid, medical treatment and a meaningful humanitarian response.

“The Jordanian government must open its border to those fleeing Syria, and the international community must provide full and meaningful support to Jordan and other countries in the region that are hosting large numbers of refugees who have fled from Syria.”

Last week, the Syrian government escalated airstrikes and artillery attacks on southern Daraa province, close to the border with Jordan, causing thousands to leave their homes.

Earlier today, Jordanian government spokeswoman Jumana Ghunaimat was quoted in The Jordan Times as saying that Jordan has already absorbed large numbers of Syrian refugees and that “we simply cannot receive more”.