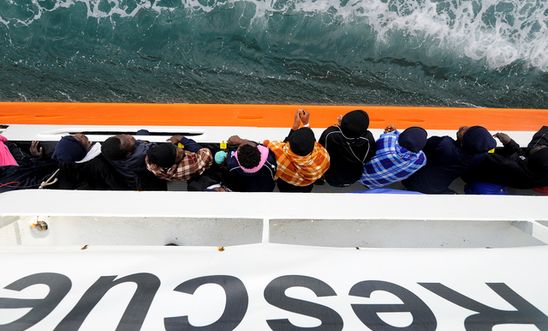 The Panama Maritime Authority has revoked the registration of the search and rescue ship, Aquarius, operated by SOS Mediterranée and Médecins Sans Frontières, reportedly after pressure from the Italian government.

“After closing its ports and seizing NGO ships, it now appears that Italian authorities have resorted to even more underhand tactics to curtail the life-saving work of NGO search and rescue ships in the central Mediterranean.

“If it is confirmed that Panama’s decision to revoke the registration of the Aquarius was made as a result of pressure brought to bear by the Italian government, this would be a new low in Italy’s crackdown against those saving lives at sea.

“The Aquarius has reportedly rescued more than 30,000 people over a period of more than two years. Deliberately depleting resources for saving lives in the central Mediterranean will expose thousands of people to the risk of a watery grave.

“The Italian government is expressly attacking rescue NGOs in order to deter disembarkation in Italy. This results in migrants and refugees being taken back to Libya from where they have fled horrific abuses.”