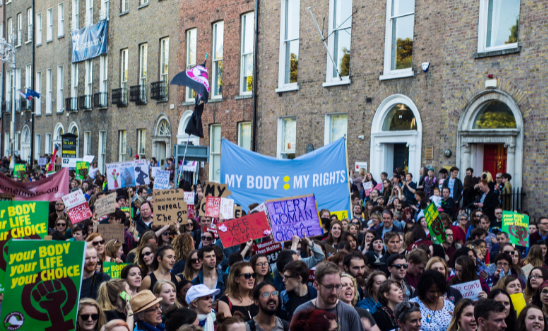 Responding to statistics published today by the UK Department of Health and Social care revealing that almost 200 women and girls were forced to travel from Ireland to access abortion services in England and Wales last year, Colm O Gorman, Executive Director of Amnesty International Ireland, said:

“The fact that almost 200 women were forced to travel in the middle of a global pandemic shows that people are clearly still falling through cracks in Ireland’s abortion law.

“There are clear gaps and barriers in this law preventing pregnant people from accessing the healthcare they need in Ireland. That is not what people voted for in the referendum three years ago.

“It is unacceptable that women and girls are still having to travel abroad for something that is their human right to have access to in Ireland. Travelling can have serious impacts on physical and mental health, along with huge financial and other burdens.

“The Government needs to do more and ensure that health professionals are not criminalised and we urgently need the long-promised safe zones around healthcare facilities so that pregnant people can access abortion care in safety and dignity.”

The three-year review of the abortion law will take place this year. Amnesty is calling for the government to ensure that gaps and barriers in this law and abortion care are addressed during the review.

Critical gap in the law

There is a lack of provision of access in cases of pregnancies with severe rather than fatal foetal impairments. In 2018, three percent of those travelling to the UK to access abortion were doing so on the ground of foetal anomaly. In 2019, it was 17 percent and last year, it was 32 percent.

Other concerns are the potentially high and ambiguous threshold created by the language on ‘serious harm’ to a woman’s health, and the mandatory waiting period for early medical abortion.