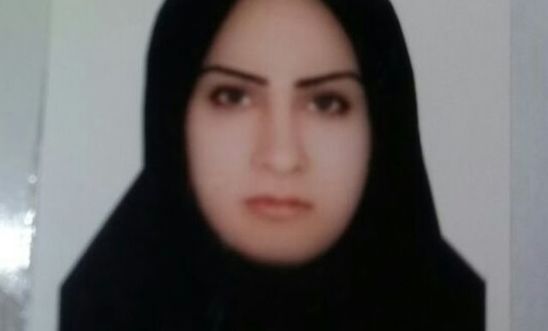 Zeinab Sekaanvand ran away from home aged 15 to marry a man who, she says, subjected her to sustained physical abuse © Private

Sekaanvand was married at 15, suffered domestic abuse and reportedly endured torture during her police interrogation

“The execution of Zeinab Sekaanvand is a sickening demonstration of the Iranian authorities’ disregard for the principles of juvenile justice and international human rights law.

“Her execution is profoundly unjust. The fact that her death sentence followed a grossly unfair trial makes her execution even more outrageous.”

Zeinab Sekaanvand was 17 years old at the time of her arrest and her execution breaches Iran’s obligations under the International Covenant on Civil and Political Rights and the Convention on the Rights of the Child, both of which Iran has ratified and both of which prohibit the death penalty for people under the age of 18 at the time of an alleged crime.

Sekaanvand was arrested in 2012 at a police station where she supposedly “confessed” to the murder of her husband. She was held in the police station for the next 20 days where she said she was tortured by male police officers through beatings all over her body. Sekaanvand was sentenced to death in October 2014 after a grossly unfair trial before a criminal court in West Azerbaijan province, which convicted her of the murder of her husband. The court failed to investigate Sekaanvand’s statements and, instead, relied on “confessions” she had made without a lawyer present to issue a death sentence.

Although she was under 18 years old at the time of the crime, the court did not apply the juvenile sentencing provisions of Iran’s own 2013 Islamic Penal Code, which gives judges the discretion to replace the death penalty with an alternative punishment if they determine that the juvenile offender did not understand the nature of the crime or its consequences, or that there were doubts about his or her “mental growth and maturity” at the time of the crime.

This is the fifth execution of a juvenile offender in Iran recorded this year.

Originally from a poor and conservative family, Sekaanvand ran away from home at 15 to marry Hossein Sarmadi, four years her senior, saying she saw this as her only hope for a better life. However, not long after the couple were married, she said her husband started abusing her verbally and physically, beating her regularly. She requested a divorce from him several times, but he refused. She registered many complaints with the police about the abuse, but the police repeatedly failed to conduct any investigation into her complaints. She also tried to return to her family but was disowned by them after she ran away.

“Zeinab Sekaanvand said that, soon after she was married at 15, she sought help many times from the authorities about her violent husband and alleged that her brother-in-law had raped her repeatedly.

“Instead of investigating these allegations, however, the authorities consistently ignored her and failed to provide her with any support as a victim of domestic and sexual violence.”