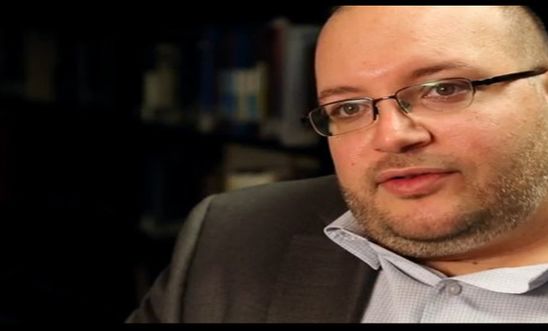 Amnesty International is calling for the immediate release of the Iranian-American Washington Post journalist Jason Rezaian who is awaiting a verdict after a deeply-flawed espionage trial.

Rezaian’s trial, which began on 26 May and was held in four closed-door sessions at Branch 15 of the Revolutionary Court of Tehran, has been on various charges including espionage and “spreading propaganda against the system”.

Speaking to reporters after the final trial session on 10 August, Rezaian’s lawyer Leila Ahsan said that no evidence had been presented to the court to substantiate any of the charges put forward by the prosecution. She said she had not been able to present her defence fully after the prosecution’s statement due to time constraints, and was forced to submit a written response instead.

According to the Washington Post, one piece of “evidence” put forward by the prosecution was an online job application for a position in President Obama’s US administration that Rezaian unsuccessfully submitted in 2008.  Other “evidence” against him, according to Iran’s semi-official Mehr News Agency, included the fact that he visited the US Consulate in Dubai in the United Arab Emirates, which Rezaian said was in relation to a visa application for his Iranian wife. At the first trial session, when the judge asked him about his relationship with the US Consulate in the UAE, Rezaian replied “I am just a journalist, and all of my activities have been conducted as a journalist, and all have been legal.”

Rezaian was originally arrested on 22 July last year, a day after Iran’s Ministry of Culture and Islamic Guidance renewed his press credentials. The reporter only gained access to a lawyer after nine months in jail, though was able to receive visits from his family. His wife, Yeganeh Salehi, who writes for the UAE state-owned newspaper The National, was arrested at the same time and both have had their passports confiscated. Their family did not learn of their whereabouts for some time after their arrest. Salehi was released on bail last October. A photographer and her husband were also arrested with the Rezaians and were released the next month.

A spokesperson for Iran’s Judiciary has said the charges in his case are not related to Rezaian’s journalism.

“Iran has an appalling track record of jailing reporters.

“Jason Rezaian’s arrest and detention is the latest in a long line of attacks by the Iranian authorities against journalists who are peacefully and legitimately carrying out their work.

“After subjecting Jason Rezaian to nearly one year in pre-trial detention - over six months of this in solitary confinement with no access to a lawyer - it is a affront to justice to keep him behind bars for even one more day.

“He had been working legally and openly as a journalist in Iran and his prosecution is clearly motivated by an attempt to crush independent reporting in the country.”

Amnesty has documented for years how journalists and media workers in Iran are systematically targeted and arrested on vaguely-worded charges on account of their peaceful journalistic activities. Journalists face harassment, intimidation, arrest and imprisonment for their legitimate journalistic activities. Other media workers, such as film producers, have also faced trial on vaguely-worded national security charges or judicial bans preventing them from carrying out their work. Iran came 173rd out of 180 countries in Reporters Without Borders’ 2015 World Press Freedom. A number of journalists remain in prison in Iran, including Mohammad Sadiq Kabudvand (Kaboudvand), a Kurdish journalist and prisoner of conscience who is currently serving an 11-year prison term for his peaceful journalistic activities.