Iran: Swedish academic at risk of execution is being held as a state hostage 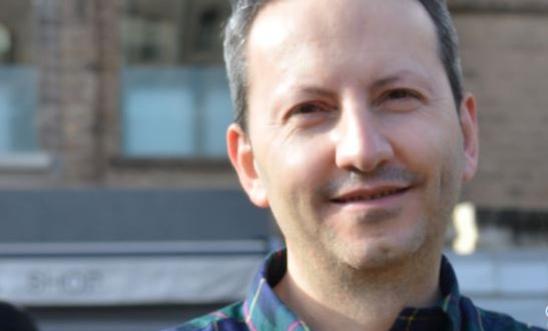 There is mounting evidence that the Iranian authorities are committing the crime of hostage-taking against Ahmadreza Djalali, a Swedish academic who is at risk of imminent execution in Tehran’s Evin Prison, Amnesty International said today.

Prior to his arrest, Djalali, a Swedish-Iranian dual national, lived with his family in Sweden and was also a visiting professor in disaster medicine at the Vrije Universiteit Brussels in Belgium.

In detailed new research and analysis, Amnesty has raised serious concerns that the Iranian authorities are threatening to execute Djalali to compel Belgium and Sweden to hand over two imprisoned former officials, and to deter them and others from future prosecutions of Iranian officials.

The two former officials are Asadollah Asadi, a former Iranian diplomat, who is serving a 20-year prison sentence in Belgium for his role in a thwarted  2018 bomb attack in France; and Hamid Nouri, a former prison official, who is on trial in Sweden for his alleged involvement in Iran’s 1988 prison massacres, with the outcome expected on 14 July.

Amnesty’s research shows that, regardless of the Iranian authorities’ initial motivations for arbitrarily detaining Djalali in April 2016, since at least late 2020 the situation transformed into one of hostage-taking when Asadollah Asadi’s trial in Belgium began.

On 24 November 2020, Djalali was moved to solitary confinement and told his execution would be carried out in a week. The transfer took place just days before the trial of Asadollah Asadi was due to start in Belgium on 27 November 2020. After global interventions, Djalali’s execution was postponed on 2 December 2020.

Earlier this month (4 May), just days after prosecution authorities in Sweden sought a life sentence for Hamid Nouri, Iranian state media warned of Djalali’s looming execution. The reports said that “in carrying out the death sentence of Ahmadreza Djalali, the government of Iran will … bar the government of Sweden from undertaking further actions similar to the detention of Hamid Nouri.”

According to Djalali’s wife, judicial officials told his lawyers on 7 May that they had acted in “good faith” by postponing his execution once in December 2020. However, she said they added that by arresting and prosecuting Hamid Nouri, Sweden had joined forces with Iran’s “enemies” and this had left Iran with “no option” but carry out the execution. These remarks, together with recent state media articles, provide compelling evidence that Djalali is at risk of a retaliatory implementation of the death penalty.

Amnesty has also learned from multiple credible sources that Iranian officials have privately suggested on at least one occasion to Djalali in prison and on multiple occasions to those advocating on his behalf that they are seeking to swap Djalali for Asadollah Asadi and/or Hamid Nouri. Other evidence includes public comments made by Belgian officials in early 2021 as well as March 2022, which hint that the Iranian authorities are pursuing a “deal” to swap Djalali for Asadollah Asadi.

Amnesty is calling for the establishment of an effective, transparent and independent inquiry into the situation of Djalali - in accordance with the International Convention Against Taking of Hostages - to investigate evidence pointing to hostage-taking. Given the prevailing climate of impunity in Iran, the inquiry should be established - either jointly or separately - by Sweden and Belgium as the states against which compulsion has been directed or attempted.

“The Iranian authorities are using Ahmadreza Djalali’s life as a pawn in a cruel political game, escalating their threats to execute him in retaliation for their demands going unmet.

“The authorities are attempting to pervert the course of justice in Sweden and Belgium, and should be investigated for the crime of hostage taking.

“The Iranian authorities must halt any plans to execute Ahmadreza Djalali, release him immediately and offer reparations for the harm they have caused him.”

In October 2017, Djalali was sentenced to death for “corruption on earth” through “espionage” following a grossly unfair trial before Branch 15 of the Revolutionary Court in Tehran. The court relied primarily on “confessions” which Djalali has said were obtained through torture and other ill-treatment while he was held in solitary confinement and denied access to a lawyer. In November 2017, the UN Working Group on Arbitrary Detention called on Iran to immediately release Djalali and offer him the right to compensation and other reparations.

Iran, Sweden and Belgium are all parties to the International Convention Against the Taking of Hostages, which criminalises acts of hostage-taking committed by state and non-state actors. The convention defines hostage-taking as the detention of any person accompanied by threats to kill, injure or continue to detain them, unless certain conditions are met by a third party. The conditions may be set explicitly or implicitly. The Iranian authorities have a long history of using arbitrarily-detained dual and foreign nationals as leverage.