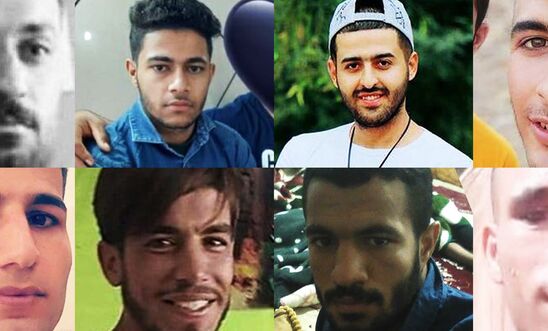 At least eight people have been killed including a teenage boy during protest crackdown, according to credible sources

‘Protesters are voicing legitimate economic and political grievances, yet they face a barrage of gunfire, tear gas, and arrests’ - Diana Eltahawy

The protests erupted last week over severe water shortages which is depriving people of clean and safe water. Environmental researchers say the authorities have failed to take adequate action to address the water crisis.

Since protests broke out last week, security forces have killed at least eight protesters and bystanders, including a teenage boy, in seven different cities.

According to official statements, one police official was also shot dead in Mahshahr. Scores of people, including children have been injured and several are hospitalised in critical condition due to gunshot and birdshot wounds.

Security and intelligence forces have swept up dozens of protesters and activists including many from the Ahwazi Arab minority in mass arrests.

“Protesters are voicing legitimate economic and political grievances, yet they face a barrage of gunfire, tear gas, and arrests.

“Iran’s authorities have a harrowing track record of using unlawful lethal force. The events unfolding have chilling echoes of the protests in November 2019 when security forces killed hundreds of people but were never held to account.

“We have called time and time again for an end to the systematic impunity that continues to perpetuate cycles of bloodshed as seen in this brutal crackdown on protests.

According to analysis by Amnesty’s weapons expert, the sound of automatic weapons fire can be heard in multiple videos relating to protests in the Khuzestan province that have circulated on social media since last week, including from the cities of Izeh, Ahvaz, Kut-e Abdollah, Susangard and Shoushtar.

In one video, security forces wearing anti-riot gear are seen advancing, some of them on motorbikes towards a gathering of unarmed protesters. As single shots are heard, protesters are seen fleeing in the opposite direction.

In at least one video, several armed men are seen chasing a fleeing protester into a quiet side street while a mixture of automatic gunfire and single shots can be heard in the background. The fleeing protester is seen slumping to the ground. According to information received by Amnesty from an Ahwazi Arab human rights defender, the armed men were members of the security forces who then arrested the protester.

Although Amnesty was not able to confirm the identities of the shooters in all videos, in some of the footage, protesters at the scene or those filming can be heard saying that security forces are firing toward protesters or into the air.

In all but two video clips reviewed by Amnesty, protesters are unarmed and clearly pose no threat to life that would meet the threshold for the use of lethal force under international law.

Extensive video evidence indicates the demonstrations were mostly peaceful though in some places as the crackdown by security forces escalated, some protesters put up roadblocks with burning tyres, engaged in stone-throwing and arson and damaged state vehicles. In some videos, gunfire is heard while protesters are escaping and could not, therefore, represent any danger to the security forces.

Two of the video clips were published by Iran’s state-affiliated Fars News Agency, said to be from Ahvaz on 20 July. The first shows a single armed man shooting off camera standing beside a group of unarmed men; the other shows a man on the rear seat of a moving motorcycle shooting into air.

According to information obtained from informed sources, security forces have killed at least eight protesters and bystanders including a teenage boy since protests began.

They include Mostafa Asakereh (Naimavi) in Shadegan, Ghassem Naseri (Khozeiri) in Kut-e Abdollah, Isa Baledi and Meysam Achrash in Taleghani, Hamzeh (Farzad) Fereisat in Ahvaz, Mehdi Chanani in Shoush, Hamid Mojadam (Jokari) in Chamran, and a teenage boy, Hadi Bahmani, in Izeh. The deaths were from incidents between 16 – 21 July.

Human rights defenders on the ground have reported that in various cities across the province, many injured protesters are not seeking hospital treatment due to fear of arrests.

A human rights defender told Amnesty that on Wednesday, security and intelligence agents arrested several injured protesters from a hospital in Susangard.

State denial and cover up

Iranian government officials or state-affiliated media outlets have only recognised the death of four “members of the public” so far. The deaths have been blamed on unidentified armed “rioters” without presenting evidence as they did in the aftermath of nation-wide protests in November 2019.

Earlier this week, Fars News Agency published two video interviews with relatives of Mostafa Asakereh )Naimavi) and Ghassem Naseri (Khozeiri) who were killed in the protests.

In the videos they describe their deceased loved ones as “not the type to get involved in riots” and deflect blame from the government.

A source with direct knowledge in Iran told Amnesty that plain-clothes intelligence agents visited Ghassem Naseri (Khozeiri)’s family shortly after he died and coerced them into reciting a pre-prepared script on camera.

State media outlets in Iran, in co-operation with Iran’s intelligence and security bodies have a longstanding record of producing and broadcasting propaganda videos featuring coerced statements from victims of human rights violations and their families.

Amnesty’s researchers at the Crisis Evidence Lab analysed dozens of videos relating to protest sites across Khuzestan province that have circulated on social media since last week.

In addition, Amnesty spoke to two primary sources on the ground with direct information about two of those killed as well as four human rights defenders and two journalists based outside Iran who had communicated with eyewitnesses, local activists and journalists, and victims’ relatives, neighbours and friends.

The disruption of internet services in the province since the protests began has impeded Amnesty ability to conduct more in-depth interviews with sources on the ground.