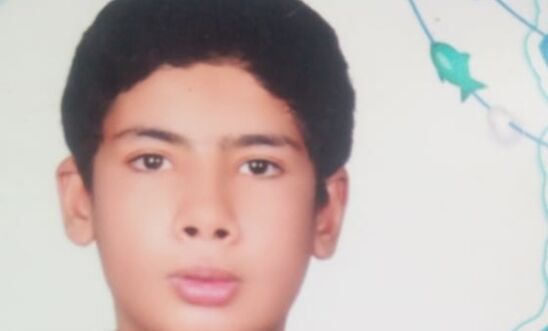 Iran obliged under international law to halt his unlawful execution

Iran is set to execute a 20-year-old man who was 17 at the time of his alleged offence.

The execution, which is scheduled for 28 June, is in defiance of international law prohibiting such “juvenile offender” executions.

Hossein Shahbazi was arrested on 30 December 2018 and sentenced to death for murder on 13 January 2020 after a grossly unfair trial before Branch 3 of Criminal Court One in Fars province in south-west Iran.

Following his arrest, Shahbazi was denied access to a lawyer and his family for 11 days while detained and interrogated in the Investigation Unit of Iran’s police (Agahi) in the city of Shiraz. He was transferred to a juvenile detention facility but again denied access to his family for several days, after which he was allowed a visit from his mother. According to sources with knowledge of the case, during this visit Shahbazi had bruises on his face and appeared to have lost weight.

Shahbazi was convicted partly on the basis of “confessions” he later said had been made under duress after he had been subjected to torture and other ill-treatment at the Agahi detention centre.

His conviction was upheld by the country’s Supreme Court on 16 June 2020. In the verdict - reviewed by Amnesty - the judicial authorities acknowledged Shahbazi was under 18 at the time of the crime but said that as a 17-year-old he had attained mental growth and maturity, as determined by an examination carried out by a state forensic institute.

Shahbazi is currently held in Adelabad prison in Shiraz.

“Going ahead with this execution would be an abhorrent assault on children’s rights and would make an absolute mockery of justice.

“The Iranian authorities must quash Hossein Shahbazi’s conviction and sentence and grant him a fair retrial in full compliance with the principles of juvenile justice.

“We also call on the international community, including UN bodies and the EU and its member states, to urgently intervene to save this young man’s life.”

Iran continues to use the death penalty for crimes committed by those under the age of 18 in violation of its obligations under the International Covenant on Civil and Political Rights and the Convention on the Rights of the Child. The authorities executed at least three juvenile offenders in 2020, and scores remain on death row. Last year, Iran carried out at least 246 executions overall, making it the world’s second-highest user of the death penalty (behind China).