Iran: brutal murder of gay man must be fully investigated 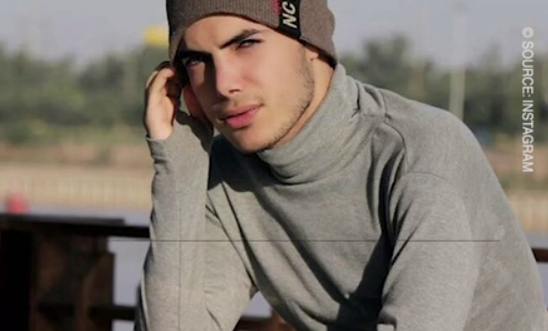 Amnesty International is calling for a full investigation into the horrifying murder of Alireza Fazeli Monfared, a 20-year-old gay man killed in Iran earlier this month.

There are fears that his killing will go unpunished in a country where consensual same-sex sexual conduct and gender non-conformity is criminalised and stigmatised.

To mark International Day Against Homophobia, Biphobia, Intersex-phobia and Transphobia, Amnesty has published a six-page briefing outlining how the Iranian authorities criminalise consensual same-sex relations, including through the application of the death penalty and flogging, while banning clothing, hairstyles and other forms of gender expression that do not conform to strict binary gender “norms” enforced by the establishment.

Friends of Alireza Fazeli Monfared, who identified as a non-binary gay man, have told Amnesty that he was abducted by several male relatives in his hometown of Ahvaz in Khuzestan province on 4 May. The next day the relatives informed his mother that they had killed him and dumped his body under a tree.

The authorities have confirmed that Alireza Fazeli Monfared’s throat was slit and have announced investigations, but none of the suspected perpetrators have yet been arrested.

According to those interviewed by Amnesty who had known Alireza Fazeli Monfared well - including his partner and a close friend - the 20-year-old had faced years of homophobic and transphobic harassment, as well as death threats by several male relatives because he did not conform to Iran’s binary socio-cultural gender stereotypes and “norms”. According to these sources, Alireza Fazeli Monfared had never reported such incidents to the police out of a fear of facing violence and prosecution at the hands of the authorities.

LGBTI people in Iran face pervasive discrimination, live in constant fear of harassment, arrest and criminal prosecution, and remain vulnerable to violence and persecution based on their real or perceived sexual orientation and gender identity.

Under Iran’s Islamic Penal Code, consensual same-sex sexual conduct is criminalised and punished by penalties ranging from flogging to the death penalty.

“Alireza Fazeli Monfared’s brutal murder exposes the deadly consequences of state-fuelled homophobia and is a tragic reminder of the urgent need to repeal laws that criminalise consensual same-sex relations and gender non-conformity.

“These laws foster a permissive climate for homophobic and transphobic hate crimes and legitimise violence, including deadly attacks against people on the grounds of their real or perceived sexual orientation or gender identity.

“The Iranian authorities’ brazen disregard for the lives and safety of LGBTI people and the prevailing climate of impunity for such crimes, raise the alarm that his murder could go unpunished.

“We urge the Iranian authorities to conduct a prompt, independent, impartial and effective investigation into Alireza Fazeli Monfared’s murder and take urgent action to protect LGBTI people from discrimination, harassment, assaults and other abuses.”