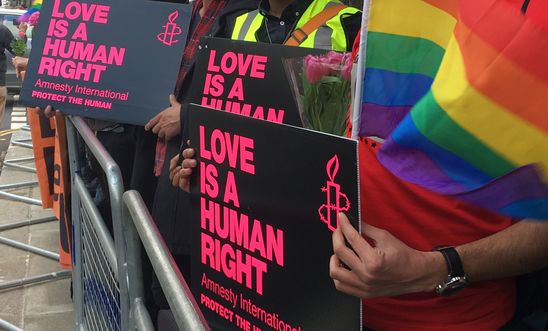 In response to the news that 141 men in the Indonesian capital Jakarta have been arrested after attending what police described as a “gay sex party”, Josef Benedict, Amnesty International’s Deputy Director of Campaigns, said:

“These arrests are further evidence of the increasingly hostile environment faced by the LGBTI community in Indonesia.

“This situation has been fuelled over the past year by a series of reckless, inflammatory and inaccurate statements made by public officials, apparently under the guise of ‘defending public morality’.

“With the exception of Aceh province, there is no law against same-sex relationships in Indonesia. Ambiguously worded laws on pornography are being exploited to deliberately target LGBTI people, denying them the basic right to privacy and the right to enter into consensual relationships.

“As well as dropping the absurd charges against the individuals involved in this incident, the Indonesian government must revise its pornography laws so that they cannot be misused in this way.

“Rather than peddling blatantly homophobic rhetoric, the authorities should focus their efforts on creating a safer, inclusive environment for the LGBTI community in the long term.”