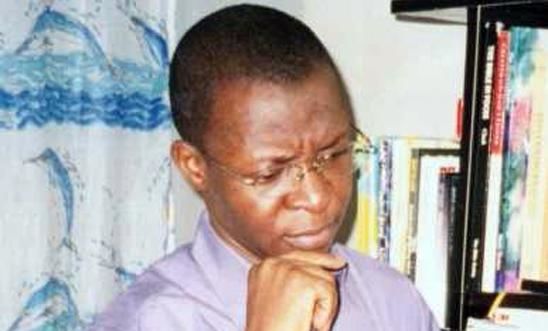 The Indonesian authorities have told the relatives of 14 death row prisoners that they will execute them by firing squad tonight, Amnesty International has learned.

The 14 - four Indonesians and ten foreign nationals - have all been convicted of drug-related offences. The imposition of the death penalty for drug-related offences violates international law, which only permits the use of the punishment for “the most serious crimes.”

Meanwhile, contrary to Indonesian law and international standards, the families were only informed of the decision to carry out the executions this morning. Indonesian law requires that relatives be informed 72 hours in advance.

If the executions aren’t halted, President Widodo will have implemented the death penalty more times than in any South East Asian country, and more often than any Indonesian leader this century. Under the previous presidency (Susilo Bambang Yudhoyono’s, 2004-14), Indonesia carried out 21 executions. If tonight’s executions proceed, Widodo will already have overseen 28 executions.

Amnesty has documented systemic flaws in Indonesia’s criminal justice system and its implementation of the death penalty (see cases below). These include violations of the right to a fair trial; the right not to be subjected to torture or other cruel, inhuman or degrading treatment or punishment; the right to apply for clemency or pardon of a death sentence; and the right for foreign nationals or others who do not understand or speak the language used by the authorities to avail themselves of effective interpretation facilities following arrest, including during questioning, and at all other stages of the proceedings.

“President Widodo still has time to pull back from these unlawful executions, before inviting global notoriety.

“The Indonesian authorities are proceeding with indecent haste. There are four clemency appeals that are still to be heard, and there are serious fair trial concerns about many prisoners’ cases.”

An Amnesty report last year highlighted systemic flaws in Indonesia’s justice system, as outlined in the cases below of prisoners now at imminent risk of execution at Nusakambangan Island:

Indonesian nationals Agus Hadi and Pujo Lestari were arrested for attempting to smuggle benzodiazepine pills from Malaysia in 2006. They were detained at Riau Islands Police Headquarters on 22 November that year, interrogated there for 20 days and then transferred to the Batam prosecution detention centre. They were held in total for nine weeks before they appeared before a judge at their first trial hearing in the Batam District Court at the end of January 2007. Court documents indicate that Hadi only received assistance from a lawyer on 12 December, 20 days after his arrest. Lestari had legal counsel appointed by the Batam District Court on 8 February, 78 days after his arrest and a week after the court had scheduled the first trial hearing.

Indonesian national Merri Utami was arrested by the Soekarno Hatta Airport Police force after police found 1.1kg of heroin in her bag on 31 October 2001. Utami told her current lawyer that shortly after her arrest the police repeatedly beat her, sexually harassed her and threatened her with rape to make her “confess” to possessing the drug; and that her sight has been damaged as a consequence of the beatings. She was convicted and sentenced to death in 2002. Her conviction and death sentence were upheld by the Supreme Court in 2003. She submitted an application for clemency to the president two days ago.

Zulfiqar Ali, a Pakistani national, was arrested at his home in Bogor, West Java province on 21 November 2004, and charged with possession of 300g of heroin based on his friend’s confession to the police. However, during his trial Ali’s friend retracted his statement that the heroin belonged to him. During his pre-trial detention, he was refused the right to contact his embassy and not permitted access to a lawyer until approximately one month after his arrest. Tangerang District Court documents show that the prosecution granted an extension of Ali’s detention from 4 March to 2 May 2005, meaning he was detained for at least three months before being brought to the first trial hearing (there is no information as to when the first trial hearing started). Whilst being interrogated by the Soekarno-Hatta Airport district police, Ali was kept in a house for three days and punched, kicked and threatened with death unless he signed a self-incriminating statement, which he later did. After three days his health deteriorated to the extent that on 24 November 2004 he was sent to a police hospital, where he required stomach and kidney surgery due to damage caused by the beatings. He was in the hospital for 17 days. During his trial he described this torture, but the judges allowed the “confession” to be admitted as evidence. There has been no independent investigation into his allegations. Ali did not speak Bahasa Indonesia and received limited translation assistance throughout his detention and during the proceedings against him. At the trial, he was provided with translation only from Bahasa Indonesia to English, but he understood only a little English. He was convicted and sentenced to death in 2005. His death sentence was upheld by the Supreme Court in 2006

Humphrey Jefferson ‘Jeff’ Ejike, a Nigerian national, was arrested on 2 August 2003 in Jakarta for possessing drugs after police found 1.7kg of heroin in a room used by one of his employees at the restaurant he owned and ran. Ejike was convicted of and sentenced to death for offences relating to the import, export, sale and trafficking of drugs in 2004. His conviction and sentence were upheld by the Jakarta High Court in June 2004 and the Supreme Court in November 2004. He did not have access to a lawyer at the time of his arrest, interrogation or detention and was detained for a total of five months without legal representation, in breach of Indonesia’s Criminal Procedure Code which guarantees the right to be assisted by and to contact counsel. He has claimed that he was repeatedly beaten during interrogation and threatened with being shot if he refused to sign papers in which he “confessed” to possessing the heroin or if he refused to implicate others. Trial records of April 2004, however, show that Ejike told the court that he wasn’t subjected to coercion, although such statements are themselves sometimes made as a result of threats. The trial judgement includes the statement that “black-skinned people from Nigeria” are under surveillance by police because they are suspected of drug trafficking in Indonesia.

In November 2004, the former owner of Ejike’s restaurant reportedly told police that he had organised for drugs to be planted in the restaurant so that Ejike would be arrested and convicted. The former owner later died in prison but several people testified that they’d witnessed him making this confession while in prison on drug charges. Such witness statements formed part of an appeal for a review of Ejike’s case to the Supreme Court, which was rejected in September 2007. That same year the court upheld the constitutionality of the death penalty for drug offences. He applied for clemency from the president only days ago.

The condemned can sit or stand, be blindfolded or hooded

Death sentences in Indonesia are carried out by a firing squad. A prisoner has the “choice” of standing or sitting, and can decide whether to have their eyes covered by a blindfold or by a hood. Firing squads are made up of 12 executioners, three of whose rifles are loaded with live ammunition, while the other nine weapons are loaded with blank rounds. The execution squad fires from a distance of between five and ten metres.