India: Supreme Court recognises need to protect Dalit sisters who had been sentenced to be raped 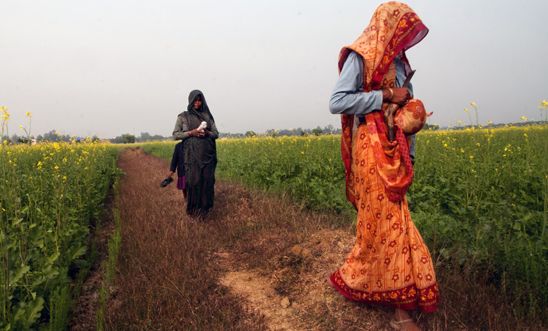 Amnesty International today welcomed protection orders issued by the Supreme Court of India that recognise the vulnerability of a Dalit family from Baghpat, Uttar Pradesh, who fled their village fearing caste-based discrimination and violence.

The case of the family came to international prominence when two of the sisters from the family were ‘sentenced’ to be raped by a local court, in retaliation for an alleged affair their brother had with another local girl of a higher social caste. Amnesty launched a petition for the sisters’ protection which received more than 330,000 signatures in the UK alone.

Earlier today, the Supreme Court, responding to a petition filed by one of the sisters 23-year old Meenakshi Kumari, directed the Delhi Police to provide the family with protection.

Meenakshi Kumari’s petition stated that the family had faced several human rights abuses by dominant caste members, including an order by a ‘khap panchayat’- an unelected all-male village body which sits as a court- that she and her 15-year old sister be raped and paraded naked as ‘punishment’ for their brother Ravi Kumar having eloped with a married woman from a dominant caste.

“This protection order is welcome recognition of what must have been a living hell for this family over recent months.

“It is hard to imagine the terror they must have felt to have fled their home and thrown themselves on the mercy of the court.

“It’s no wonder this horrific case has prompted global outrage.

“This family needs protection immediately, but in the longer term if they decide they can’t return to their village they must be given the support they need to live safely elsewhere.”

The Supreme Court also ordered that Meenakshi’s brother Ravi Kumar, who is being detained in a case of alleged drug possession, be released on a personal bond. Ravi Kumar was arrested in May, a day after he and the dominant caste woman were handed over to the police.

In a recorded telephone conversation in May allegedly between Ravi Kumar’s brother and a local police official, the official had admitted that Ravi had been falsely implicated in the drug case. Another case of alleged rape has also been filed against members of the family who say that it too, is fabricated.
The Supreme Court ordered that no investigation report in the two cases be filed without its permission. A local police official involved in Ravi Kumar’s arrest has already been suspended.

Rahul Tyagi, a lawyer for the family, told Amnesty that the Supreme Court has directed the Uttar Pradesh Police not to now file any charges in the case without its permission.