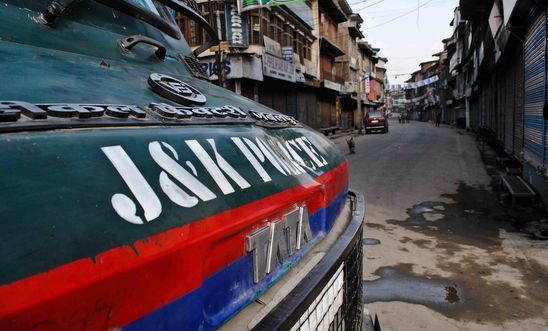 Amnesty International today called for an end to the ongoing lockdown in Jammu and Kashmir as India celebrated its Independence Day, and for Prime Minister Narendra Modi to engage with the people there.

The lockdown and communications blackout has ensured the Indian government's near-total control over information coming out of the region. Access to education and healthcare also remain hindered.

Political opposition leaders and activists in the region continue to be silenced by the government. There are no details available on former chief ministers Farooq Abdullah, Omar Abdullah and Mehbooba Mufti who were detained on 5 August.

In an interview yesterday, Prime Minister Modi said: “The people of India, irrespective of what their political preference is, have supported the steps taken in Jammu, Kashmir and Ladakh. This is about the nation, not politics”.

The UN Special Rapporteur on freedom of expression has stated that shutting down entire parts of communications systems can never be justified under international human rights law.

“If Prime Minister Narendra Modi believes that his decisions regarding Jammu and Kashmir have the support of the people of India, then he must immediately lift the 10-day-old communications blackout in Jammu and Kashmir.

“The Prime Minister must listen to the people in the region, engage with them and hear what they have to say when it comes to decisions that affect their lives. This sadly has just not happened since 5 August.

“Right now, as India celebrates her freedom, the people of Jammu and Kashmir are unable to contact their loved ones and express their views freely. Any restrictions must always be limited in duration and scope, demonstrably necessary and proportionate for a legitimate purpose defined under international law.

“The government of India must realise that the ongoing complete clampdown on civil liberties in Jammu and Kashmir will only likely increase tensions, alienate the people and increase the risk of further human rights violations.”