India: detention of Kashmiri politician a ‘blatant abuse of the law’ 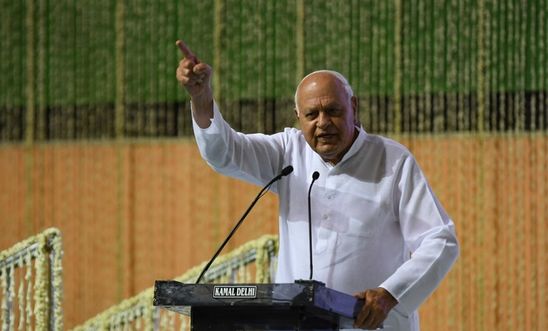 “The use of the Public Safety Act on Farooq Abdullah is a blatant abuse of the law by the Indian government and the latest in a series of human rights violations taking place in Kashmir, where people have been living through a communications blackout since 5 August.

“The continued use of draconian laws against political dissidents, despite promises of change, signals the dishonest intent of the Indian government. Thousands of political leaders, activists and journalists continue to be silenced through administrative detention laws.”

A detention order was passed against Farooq Abdullah, who has allegedly been under house arrest since 5 August, for ‘disturbing public order’ under the Public Safety Act (PSA).

The PSA has a long history of being misused in Jammu and Kashmir. Amnesty India’s recent briefing, ‘Tyranny of a Lawless Law: Detention without Charge or Trial under the Jammu and Kashmir Public Safety Act’, documented how the indiscriminate use of the PSA has allowed the Indian government to circumvent the criminal justice system, undermine accountability, transparency and respect for human rights.