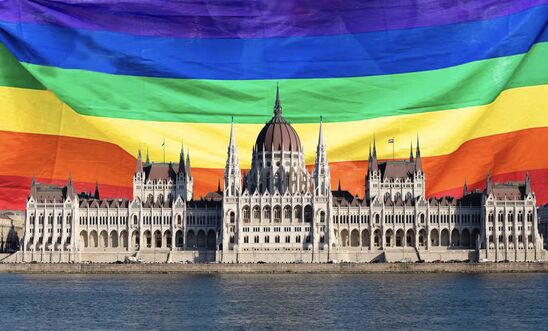 In response to news that the Hungarian government has passed a law to ban the promotion of LGBTI and gender change issues in education and advertising, David Vig, Director of Amnesty International Hungary, said:

“This is a dark day for LGBTI rights and for Hungary.

“Echoing the infamous Russian ”propaganda law” - this new legislation will further stigmatise LGBTI people and their allies. It will expose people already facing a hostile environment to even greater discrimination.

“Tagging these amendments to a bill that seeks to crack down on child abuse appears to be a deliberate attempt by the Hungarian government to conflate paedophilia with LGBTI people.

“Yesterday, more than 10,000 people flooded the streets of Budapest to protest against these hateful amendments and show solidarity with the LGBTI community. But solidarity alone will not be enough.

“The EU and its member states must take urgent steps by raising this issue at the next General Affairs Meeting in the Council and ensuring that the EU is a safe place for LGBTI people.”