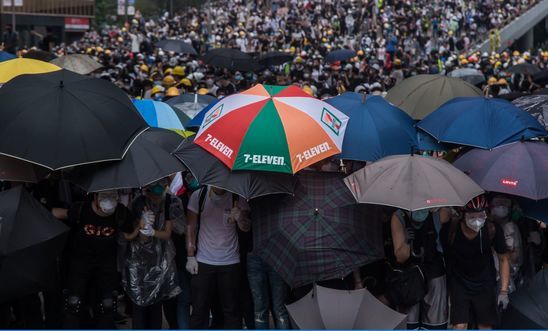 “The ludicrous dawn swoops by police to arrest Agnes Chow and Joshua Wong are an outrageous assault on the rights to freedom of expression and peaceful assembly. At the very least, they must be released on bail as soon as possible.

“This past week, we have seen scare tactics straight out of Beijing’s playbook: pro-democracy protest organisers attacked by thugs, prominent activists arrested after being snatched from their homes and streets, and a major rally planned for Saturday banned.

“The authorities must end this concerted attack on the freedoms of expression and peaceful assembly. It is vital that the authorities send a clear message that people in Hong Kong can still enjoy these rights irrespective of their political beliefs.”

Agnes Chow was arrested at her home for allegedly inciting and taking part in an unlawful assembly. The charges relate to a protest outside Hong Kong police headquarters on 21 June.

On Thursday, Jimmy Sham, the organizer of the recent large-scale peaceful pro-democracy protests in Hong Kong, was attacked by masked men wielding a baseball bat and a large knife.

Police have banned a major rally planned for Saturday, which marks the fifth anniversary of Beijing rejecting genuine universal suffrage for the election of Hong Kong’s leader. An appeal by protest organisers against the ban was rejected on Friday.