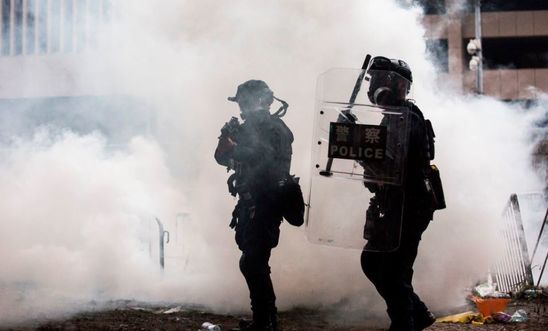 “The violent scenes in Yuen Long tonight were in part because Hong Kong police chose to inflame a tense situation rather than deescalate it. For police to declare today’s protest unlawful was simply wrong under international law.

“While police must be able to defend themselves, there were repeated instances today where police officers were the aggressors; beating retreating protesters, attacking civilians in the train station and targeting journalists. Alarmingly, such a heavy-handed response now appears the modus operandi for Hong Kong police and we urge them to quickly change course.”

On Saturday, tens of thousands of people took to the streets of Yuen Long to protest the failure by police to respond swiftly to scores of thugs attacking people at Yuen Long MTR station last Sunday night. Police had declared today’s protest unlawful