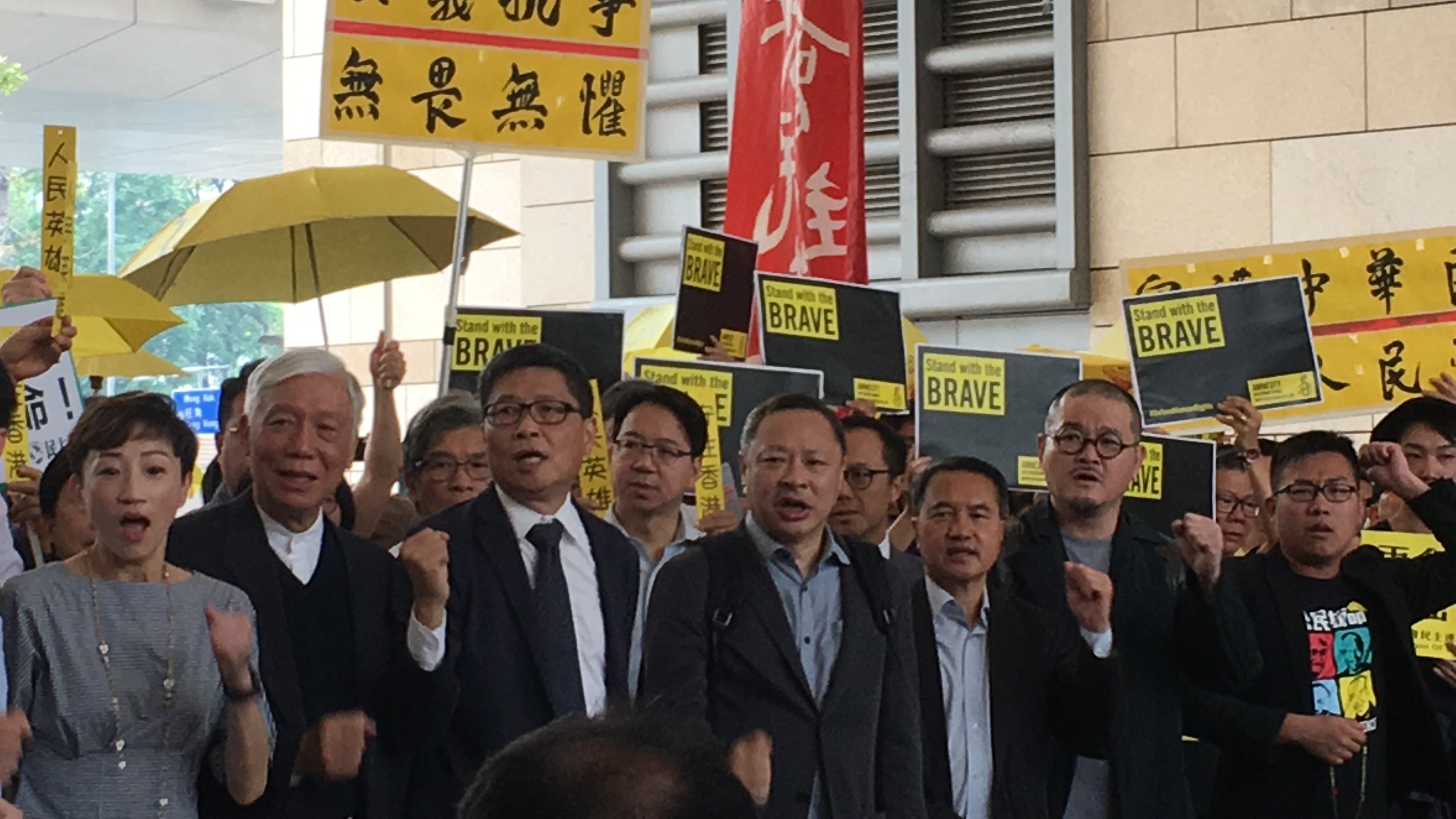 “Today’s guilty verdicts are a crushing blow for freedom of expression and peaceful protest in Hong Kong. The government has used vague charges in their relentless persecution of the Umbrella Nine.

“The government is increasingly using prosecutions as a political tool to target peaceful activists, abusing the law to silence debate about sensitive issues such as Hong Kong democracy and autonomy.

“We urge the government to cease this chilling assault against people legitimately exercising their right to freedom of expression.”

In a briefing published ahead of the trial in November 2018, Amnesty outlined why the prosecution of the nine activists amount to an attack on freedom of expression and peaceful assembly. Prosecutors cited press conferences, media interviews and public meetings in which the pro-democracy leaders discussed their non-violent direct action campaign as key evidence to support their accusations of unlawful behaviour.