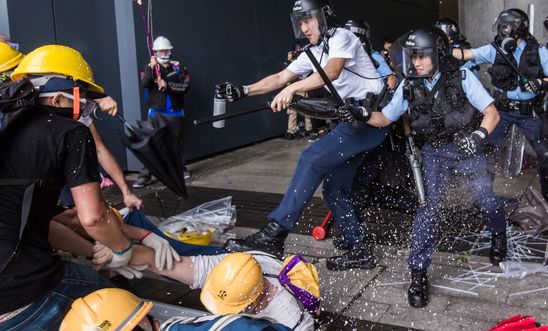 A Hong Kong student, Chow Tsz-lok, has died after falling from a car park on Monday [4 November] after reportedly fleeing clashes with police.

“There must be an urgent investigation into the events which led up to Chow Tsz-lok’s fall, including into allegations that officers delayed an ambulance crew who were attempting to reach him.

“Reports that Chow Tsz-lok was fleeing tear gas when he fell demonstrate the dangers of indiscriminate deployment of tear gas and underline the need for the Hong Kong police to exercise restraint and deescalate clashes with protesters.

“In recent weeks Hong Kong authorities have granted themselves sweeping new powers to suppress protests and invoked the Emergency Regulations Ordinance to ban face coverings at public gatherings. Tactics deployed by the Hong Kong police have been increasingly alarming, marked by an apparent thirst for retaliation.

“We are calling for an independent and impartial investigation into Chow Tsz-lok’s death – as well as all instances of excessive force used against protesters during the Anti-ELAB demonstrations - and to deliver prosecutions, justice and reparation.”