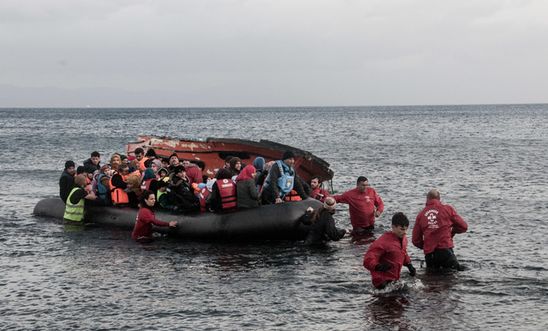 Responding to a Greek court ruling that annuls a government decision to force asylum-seekers arriving in Greece since the EU-Turkey deal to remain on the Greek islands, Irem Arf, Amnesty International’s migration researcher, said:

“Forcing asylum-seekers to stay on the Greek islands, often in squalid, overcrowded conditions, is deeply unfair.

“With the highest court in Greece having ruled that the government had no grounds for this inhumane containment, the authorities must now allow all newly arriving asylum-seekers into mainland Greece.

“However, this will not address the intense overcrowding on the islands. People already there should also be swiftly transferred to mainland Greece and out of such unacceptable living conditions.

“This ruling also highlights the disproportionate responsibility shouldered by some Greek islands compared to other European regions.

“European policies such as the EU-Turkey deal, designed to keep refugees out of sight - either in ‘third’ countries or on Greek islands - must be replaced by policies which ensure that responsibility for refugees is shared by all.”

Since the EU-Turkey deal on 20 March 2016, asylum-seekers arriving on the Greek islands in the eastern Aegean have not been allowed to move onto mainland Greece because they are expected to be returned to Turkey under the deal.

In a ruling issued yesterday in response to an application filed by the Greek Council for Refugees, Greece’s highest court annulled the Greek Asylum Service’s decision to impose geographical restrictions on asylum-seekers arriving on six Greek islands (Lesvos, Rhodes, Samos, Kos, Leros and Chios). It will not apply retroactively to those who are already there.