Greece: Charges against humanitarian workers who saved refugees 'an outrage' 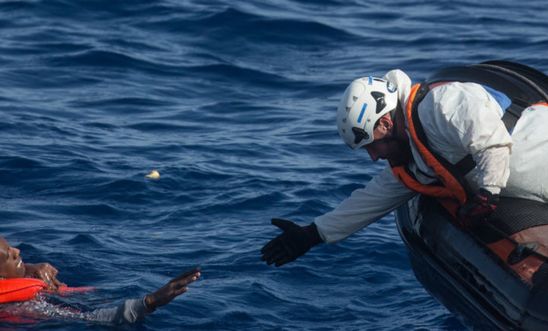 Search and rescue in the Mediterranean © Chris McGrath/Getty Images

Four humanitarian workers arrested following their efforts to rescue refugees and asylum-seekers at sea have today been released on bail after three months in pre-trial detention.

Sean Binder, Sara Mardini and two Greek NGO workers were accused by the Greek authorities of several crimes, including being members of a criminal organisation, espionage, as well as facilitating people smuggling - charges which could result in up to 25 years’ imprisonment.

“Whilst we welcome the news that these dedicated humanitarians will be back with their families tonight after more than 100 days behind bars, the fact that they still face absurd charges and potentially long prison sentences is an outrage.

“This case is just the latest example of how authorities are misusing anti-smuggling laws to target activists and criminalise rescue.

“To detain dedicated volunteer humanitarians who helped people in need defies logic. People who selflessly act in these ways should be lauded, not imprisoned.

“These baseless charges should be dropped.”